A video filmed and uploaded to YouTube in New Jersey shows a frightening incident in which a mom who clearly still has an axe to grind — a hammer to smash? — with her ex-husband wails away at his windshield, scaring the living daylights out of all involved.

The video, uploaded by Yovanny Reyes, shows the unidentified woman smashing every single window of a vehicle her ex-husband and kids were sitting in.

Thanks to Google Translate, we have more context on what occurred, according to the uploader.

A woman of Dominican nationality lost her temper and hammered all the [windows] of [her] husband’s vehicle in an event happened in [a] city [in] New Jersey.

The woman, whose name is currently unknown, committed the act due to jealousy. The scene was captured on video by her husband, who was inside the vehicle.

Worst of all is that her children were also inside the vehicle next to the father and were cut by small pieces of flying glass when the woman hit [the windows] with the hammer.

She was expected to be handed over to the authorities yesterday, but she was not. [She] is currently a fugitive from justice.

The uploader says that the woman was jealous, that her children who were in the car at the time were cut by shards of flying glass and that she has yet to be apprehended by authorities.

RELATED: All hell breaks loose at a Taco Bell when an irate ex-employee returns for her last check — and it’s all on camera

At the end of the video, the woman leaves the scene with one of the kids, hammer in hand.

The video was filmed on Tuesday.

It’s not clear why the woman was as unhinged as she was, as the couple’s history is unknown. 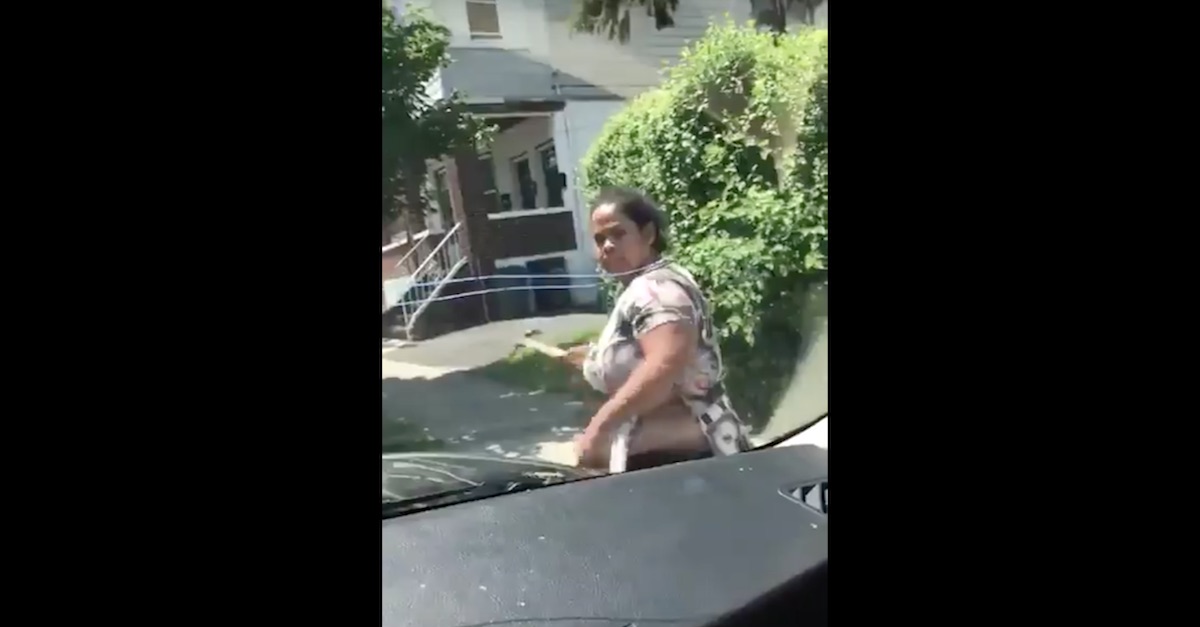