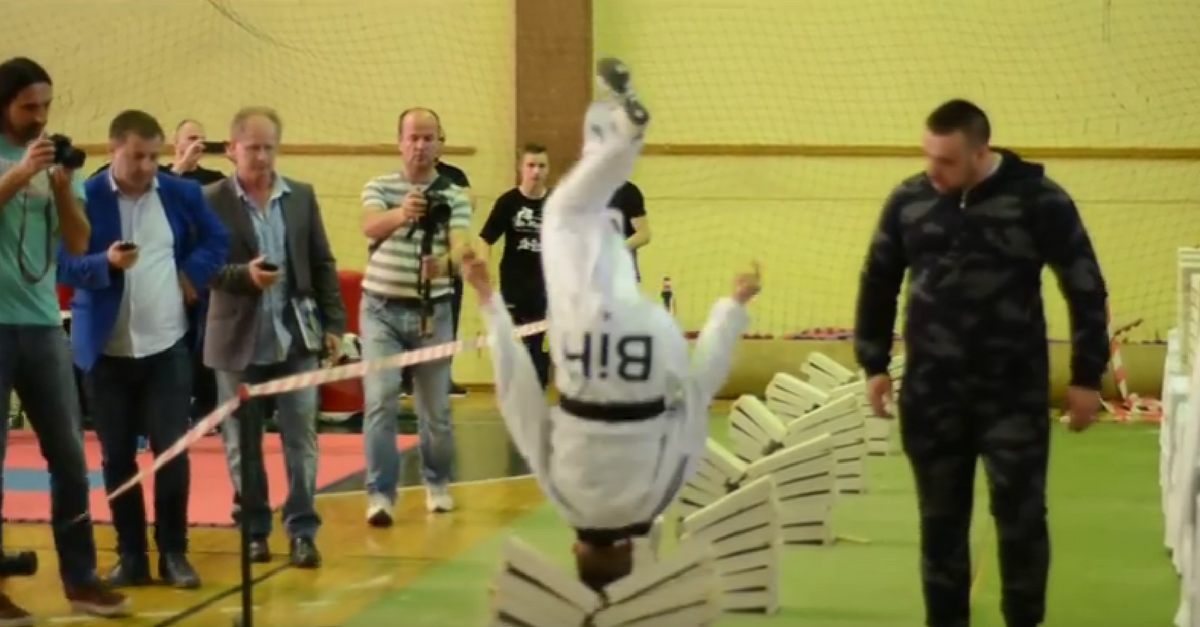 Kerim Ahmetspahic, a 16-year-old taekwondo champion from Bosnia, made it into the “Guinness World Records” by smashing his head into stack after stack of cement blocks.

In front of a cheering crowd and a Guinness delegation, the teenager front-flipped over and over into the columns of blocks, breaking a total of 111 blocks with his head. The previous record-holder was only able to  break 65 blocks in a minute. Meanwhile, Ahmetspahic nearly doubled that record in almost half the time: 35 seconds.

The teen kept his composure for almost the entire stunt, only slowing down and wobbling when he reached the last few stacks. He received a certificate recording his achievement and thanked his parents, coach and friends for helping him achieve the mind-blowing accomplishment.

RELATED: Have no fear, Florida man is here to save a wounded pelican from starvation with his bare hands