The base price for the most basic Tesla Model S is well over $60,000, which may be more money that most of us will see at once in our lives. But you’re not just paying for the badge on the front. A Tesla Model S is one of the fastest, most technologically advanced cars on the road today. It’ll even drive for you, they say.

Tesla has aggressively warned drivers that their top-of-the-line autopilot isn’t good enough to “set and forget” just yet (thanks, Ron Popeil). And this video demonstrates just why they say that.

YouTuber and Tesla owner Scott S. posted this video from a drive he took with his Model S this month. It all seems normal until he puts it into autopilot. From swinging across the dividing line to veering into curves, the Tesla looks like a drunk driver. It’s not a tough road for the car’s cameras to see, either; the road is (thankfully) empty, dry and well-lit. Without correction from the driver (presumably Scott), the car would have crashed several times.

He’s driven the road more than 30 times in various conditions, he says, and can’t explain why the car had so much difficulty. Tesla’s autopilot relies on the “experiences” of other vehicles, shared via software updates, to get smarter.

In a comment response, Scott writes “I don’t think it is ready for the general road… yet. Also, software is nowhere near full self-driving.” 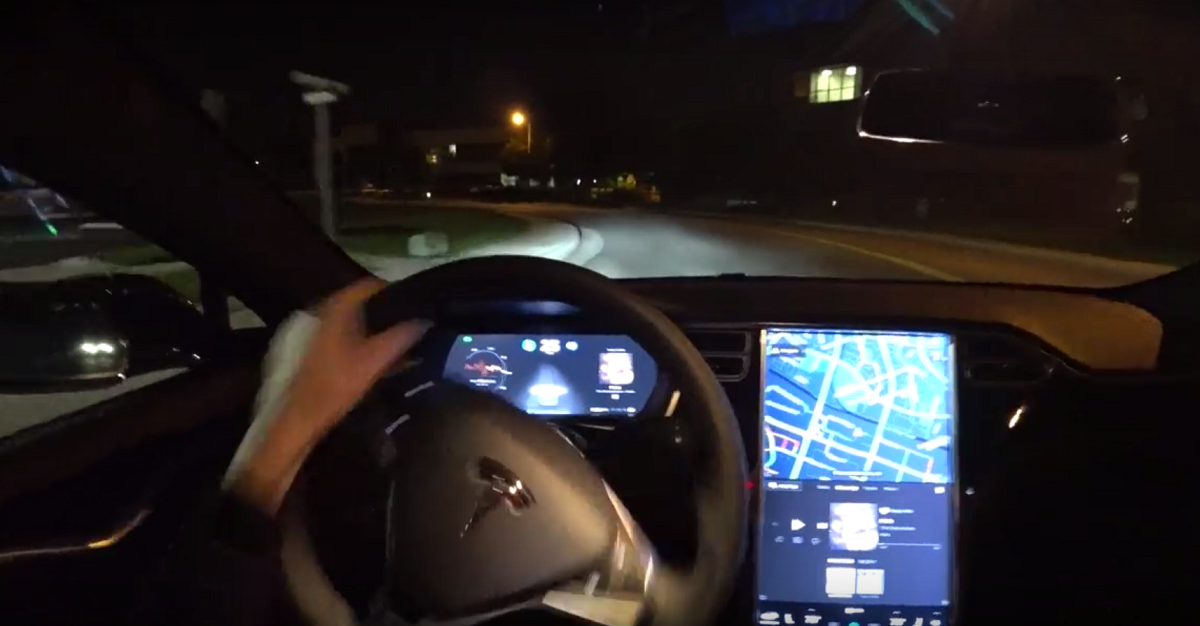