Watch a Texas State student explode on a pro-life demonstrator 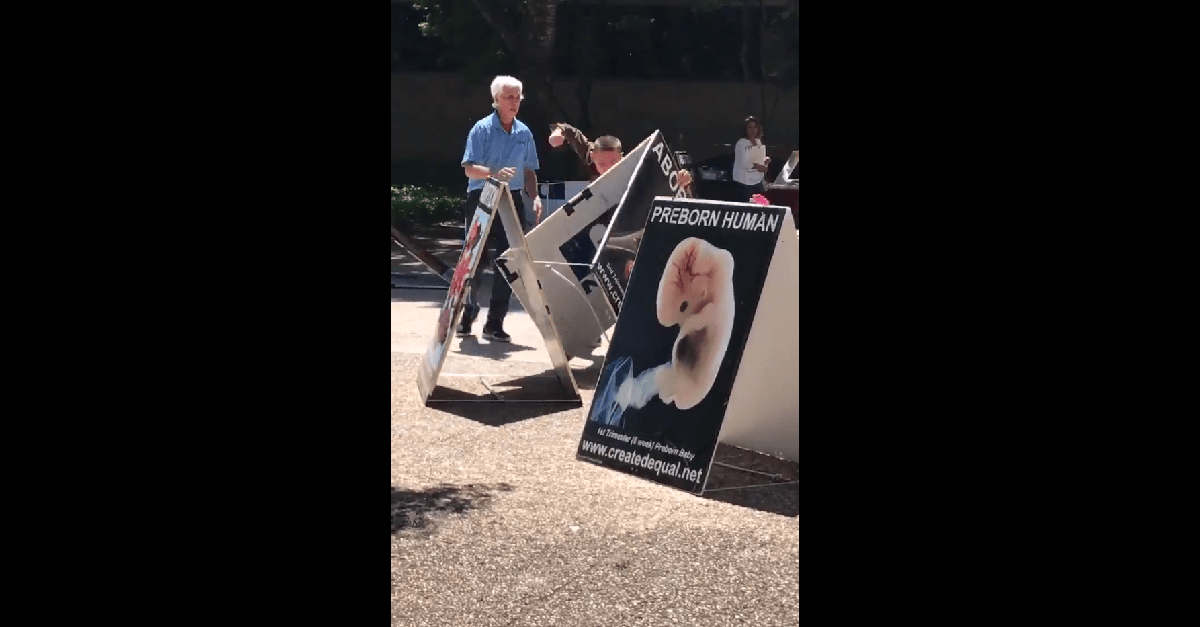 The demonstrator, according to The Tab, was in a “free speech zone” on the Texas State campus, standing amidst photos of aborted fetuses. That’s when the student approached the signs carrying flowers, shouting, “Get the f**k out of here with this b******t man! This is b******t!” and other obscenities. After putting down his flowers and backpack he proceeded to punch, kick and topple every sign present, without touching the demonstrator.

The demonstrator got out of the way but told the angry student, “I have a right to be here,” and, “This is freedom of speech!” The student shouted in reply, “No it’s not! It’s wrong!”

The Tab interviewed Brockway after she recorded and posted the incident.

“I’m a junior at Texas State, and they constantly come on campus. I am pro-choice,” she said. “I was shocked, but I have to admit I admire him in some ways, because I think he did what we were all wanting to do. I am a supporter of free speech, but again, I think everyone was secretly wanting to do what he did.”