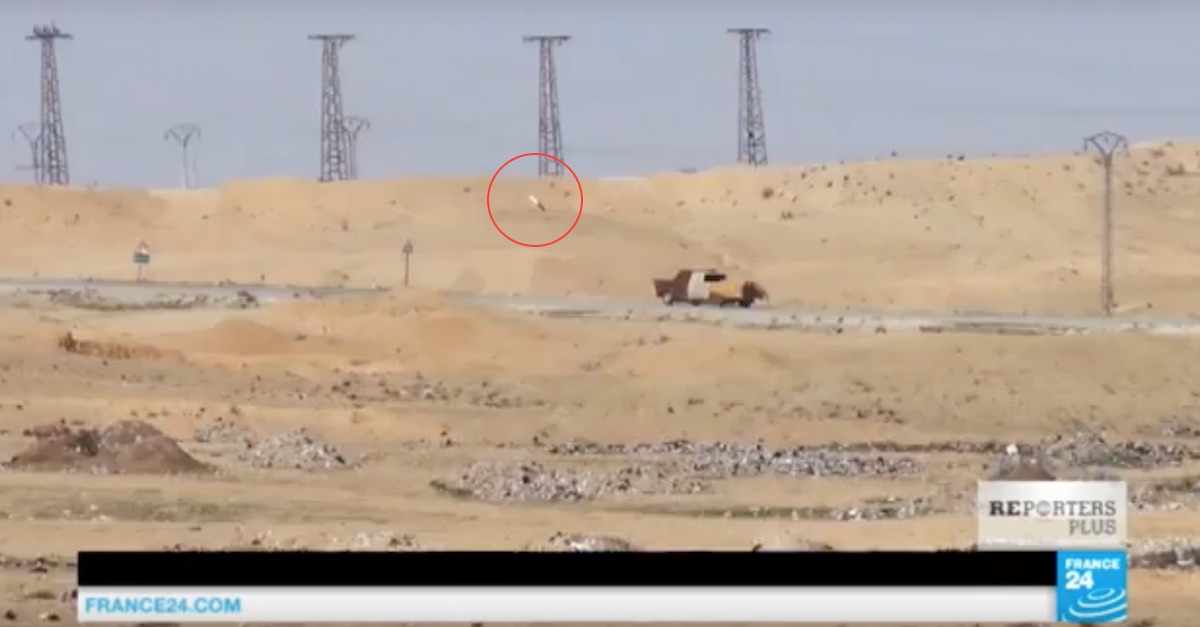 RELATED: The Air Force called upon B-52s to bomb the crap out of ISIS in Iraq, and it?s awesome

After failing to take him out with machine gun fire, someone fired a rocket.

It was game over for this terrorist.