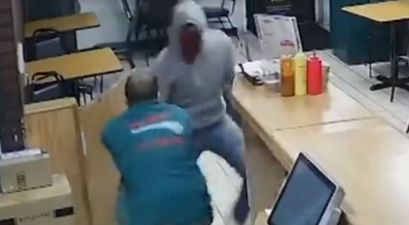 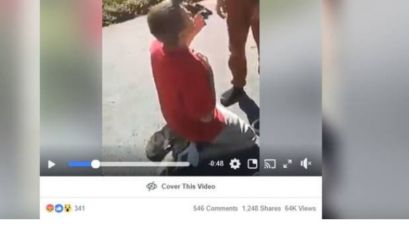 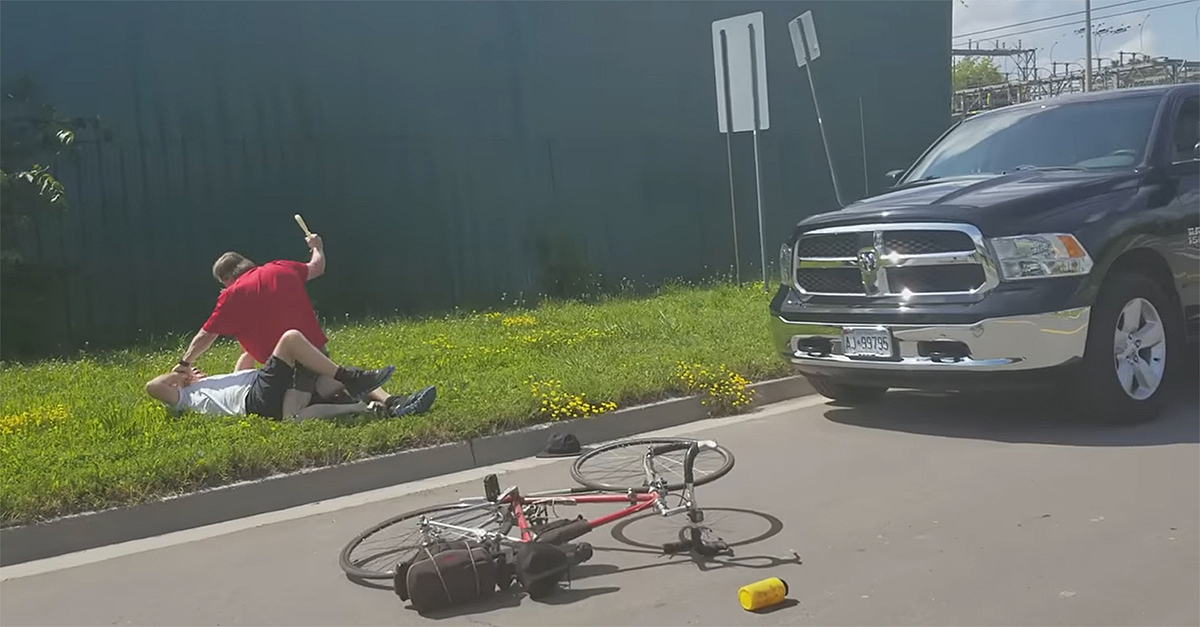 Warning: This video is graphic and includes foul language.

A woman in Peterborough, Ontario, started filming when she spotted a vicious road rage assault unfolding across from her business on Tuesday and is one of the major reasons, along with other concerned witnesses, that one man has been charged with aggravated assault.

Video uploaded to YouTube shows two men locked in a road rage brawl with one of them at a serious disadvantage.

The driver of a black Dodge Ram pickup, since identified as 65-year-old David Fox, can be seen wielding a club and repeatedly striking a 74-year-old cyclist he claimed hit into his truck.

Fox beats the man senseless. Exhibit A of this is that he is bleeding profusely and has no idea. “Where am I bleeding?” he asks.

The answer was “everywhere.”

Inexplicably, Fox stops mid-assault, pockets his club and claims that he “tried to walk away” from the situation.

CTV News got wind of the story and some background on the incident from a witness, who said Fox’s behavior indicated that he was the one in the wrong.

“I felt like the man in the truck had every opportunity to leave. Instead, he got out of his vehicle,” the witness said. “[Later], he slammed his door, scoffed at everyone and drove away.”

As you can see, Fox did have a smirk on his face.

RELATED: A bystander became a hero after her quick actions saved a family involved in a road rage incident

The police explanation for the violent escalation was that the two men were both trying to make a left turn and that an argument soon followed.

The woman who filmed it offered the profusely bleeding victim a safe haven at her business until police arrived.

As mentioned, Fox has been arrested and now faces charges of aggravated assault and assault with a weapon, charges he will have to answer to in court come August.