Watch: Elderly woman with an American flag gets dragged by violent protester in Boston 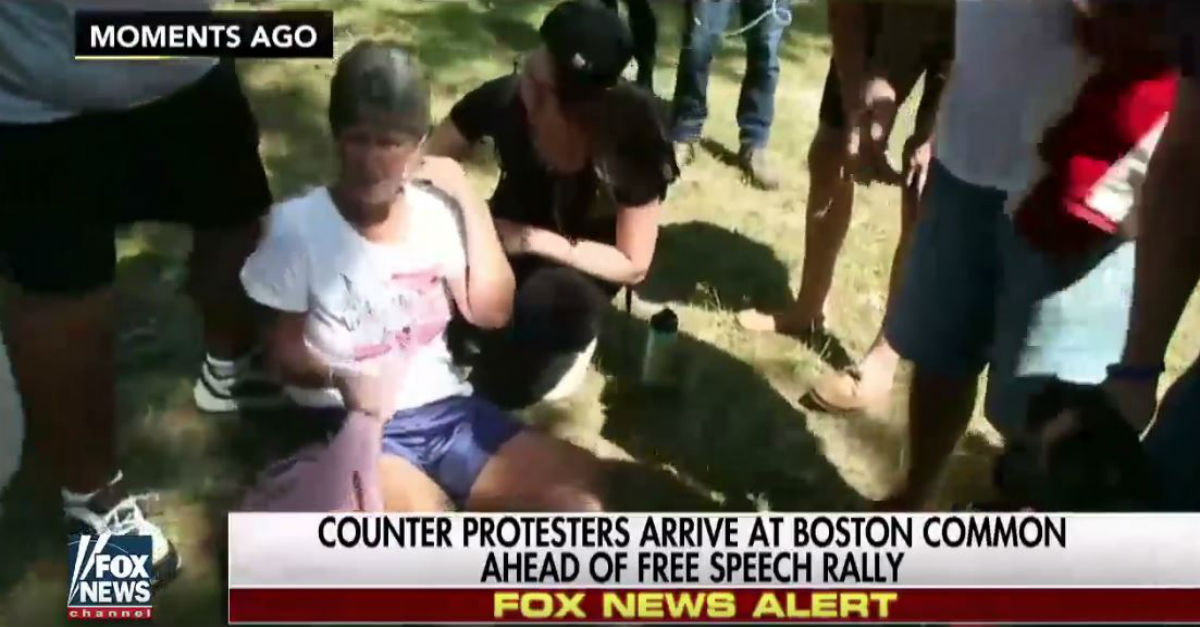 The Boston “Free Speech” rally is underway and while police have been very diligent about keeping the right-wing groups away from protesters, there are still isolated incidents of violence.

A recent clip shows a woman holding an American flag as a protester tries to rip it from her hands. The woman holds on and is dragged toward a group of people, some of whom are wearing masks. She then charges into the group, apparently to confront the individual who just tried to take her flag.

RELATED: The Holocaust memorial in Boston has been vandalized again and one person is already under arrest

Eventually, others come to help and console her. The video was shown on Fox News where a commentator said, “You can’t grab something out of someone’s hand and drag them on the ground, that’s their property and that’s assault.”

The Boston rally has been relatively peaceful. A huge mass of counter-protesters marched through the streets, while only about 60 of the alt-right protesters were in the park where the rally is being held.