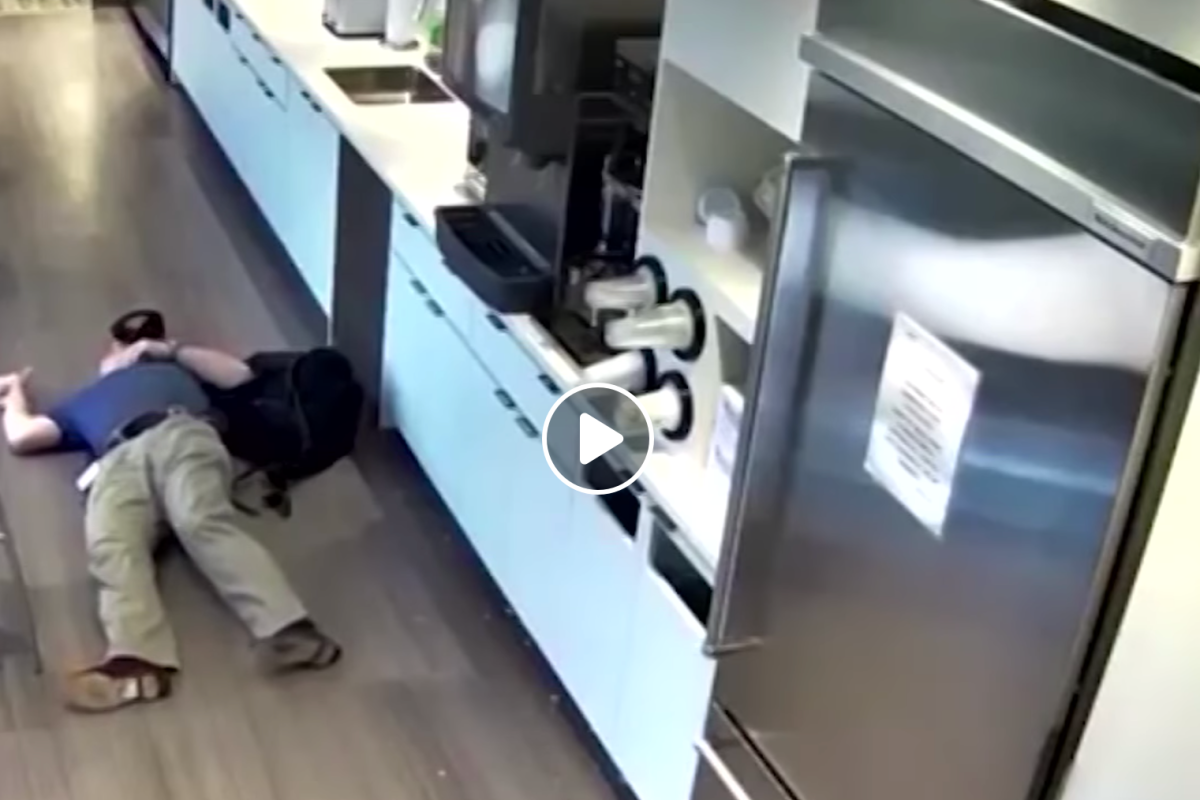 Some people, like George Clooney and Matthew McConaughey, are naturally talented. They can captivate an audience to tears with a single glance, bring people to their feet with a whisper of a word, and have panties flung at them for being, well, them. They got acting chops to make anything they do onscreen believable. However, some of us aren’t lucky enough to be that talented and this New Jersey man showed the world that if you are a bad actor, you’ll never get away with insurance fraud.

An independent contractor, Alexander Goldinsky, of Randolph, New Jersey was working under the company, All Gold Industries, and was subcontracted to do some work at a business in Woodbridge, New Jersey. While working, he decided to get a drink and all alone, he slips on a patch of ice cubes and waits to be rescued. The business calls an ambulance and sends him off to the hospital. Poor guy, right?

If I’ve learned anything in my improv comedy classes it’s to commit. Commit to a joke and if you are going for physical humor, make it look beleiveable unlike this guy.I bet he didn’t even have a bruise (which he totally would of had if he had fallen) from his dramatic fall.

“Fraudulent claims cost everyone and we will aggressively prosecute those who illegally manipulate the system,” Middlesex County prosecutor Andrew C. Carey said in a statement.

According to the Coalition Against Insurance Fraud, Americans steal $80 billion a year across all lines of insurance. In the meantime it looks like this guy should brush up on his skills if he ever wants to win at charades.

This article was originally posted on February 1, 2019.