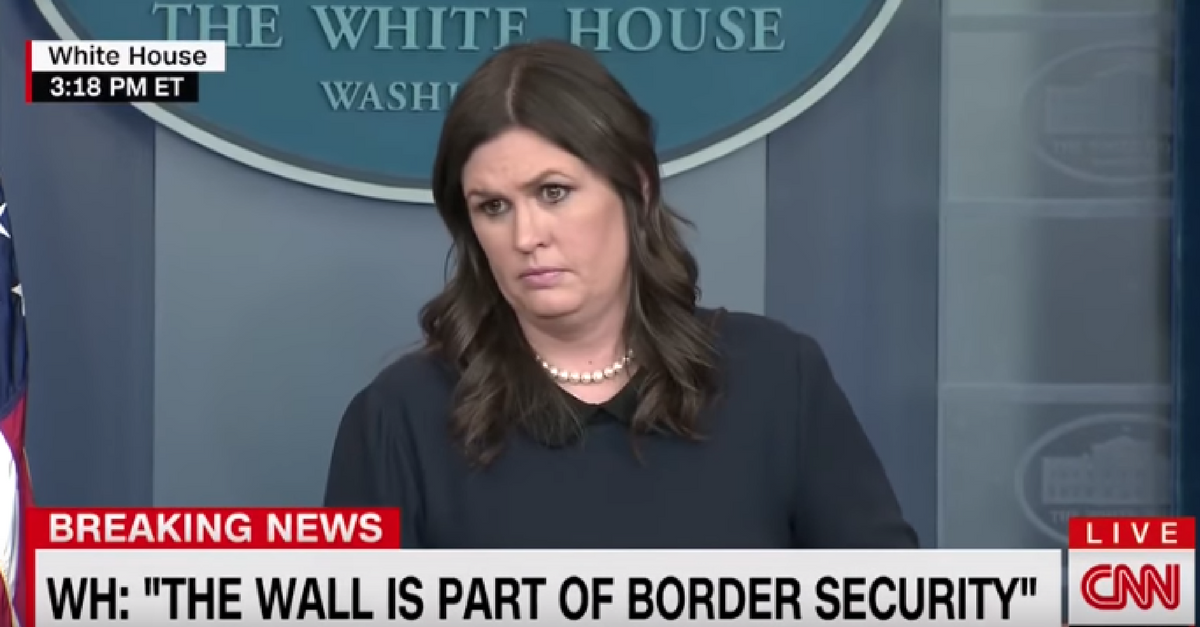 Following the president’s immigration meeting with Democrats in Congress to discuss the Deferred Action for Childhood Arrivals program and his proposed wall along the United States-Mexican border, Sanders took questions from reporters. When Acosta asked her if President Trump seeks approval for the border wall in exchange for protecting Dreamers, Sanders very bluntly responded, “The president wants border security.”

RELATED: Sarah Huckabee Sanders just schooled a CNN reporter on why his channel is “fake news”

“Okay, so what does border security entail?” Acosta followed up. “Does it include the wall at this stage or could the wall wait until later?”

Sanders insisted that it includes technology and a “number of things,” much of which she claimed was discussed during the president’s meeting that the press attended. Her response prompted a back-and-forth between the two over whether a “physical” border wall will be part of any potential immigration deal, and she stated that she believes many Democrats are also committed to border security.

“If [Democrats] say ‘thanks but no thanks’ to the wall —” Acosta began to wonder how the Trump administration would react to Democrats expressing disinterest in a border wall as part of a deal before Sanders laid down the hammer on him.

“Jim, I’m not negotiating this with you,” she shut him down. “I’ll let Congress take care of that.”

RELATED: Sarah Huckabee Sanders denies that one of Washington’s top republicans is getting out

During the president’s immigration meeting, he indicated that he hopes immigration reform will become a “bill of love” before dropping a bit of a bombshell on those in support of his “big, beautiful wall.”