Brazen robbers in California armed with a crowbar thought targeting a guy staring at his phone in broad daylight on Sept. 7 would be easy and that they could then flee the scene in a white sedan without incident.

RELATED: A fed-up gas station clerk fought back against thieves who had hit the store before

UPS employees who were in the right place at the right time stepped up to the plate and put a swift end to that nonsense.

The Gardena Police Department originally posted the surveillance video on Facebook as a cautionary tale for citizens, saying it is “an important reminder to always pay attention to your surroundings.”

The video was released one week after the attempted robbery, Fox 11 reported.

You can watch the video police shared in full just below.

Here was the department’s full statement on the incident, as it appeared on Facebook:

On September 7th 2017 at about 2pm, our victim left a bank in Gardena and went to a nearby UPS store located in the 17100 blk of Western. As he walked through the parking lot, two male suspects attacked him from behind. One suspect was armed with a yellow crowbar. The suspects knocked him to the ground, struck him with the crowbar and tried to take his property from him. Thankfully due to the heroic intervention of UPS employees and customers this caused the suspects to flee. They then fled in a white sedan south on Western Ave. Thankfully, the victim was not seriously injured.

Shout out to UPS for hiring heroes! 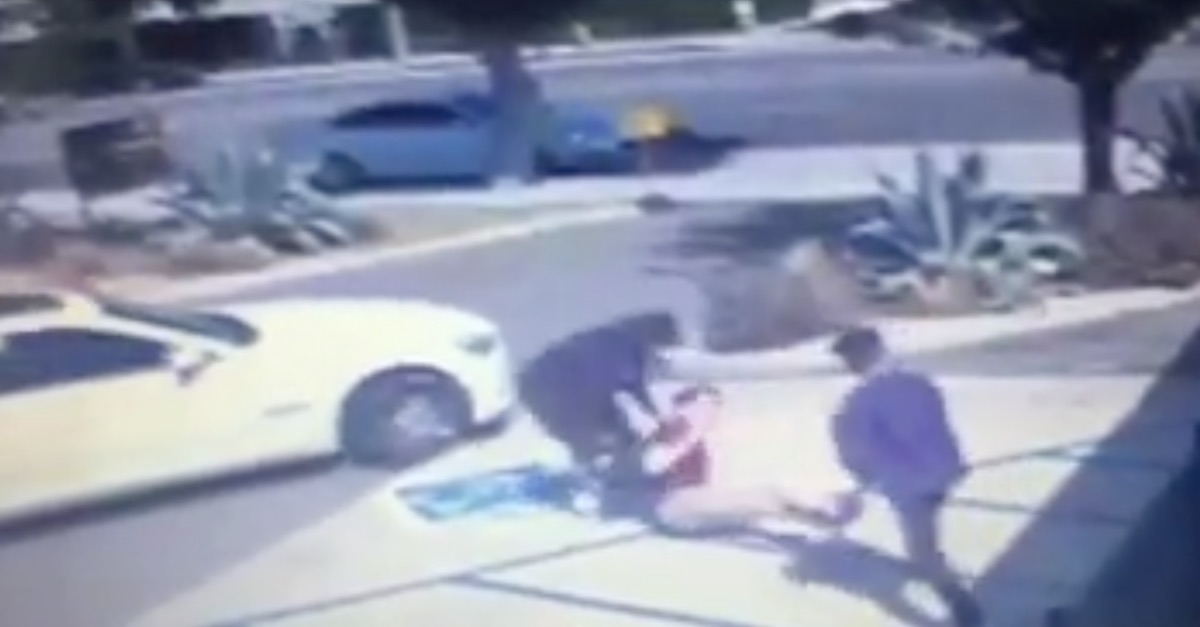