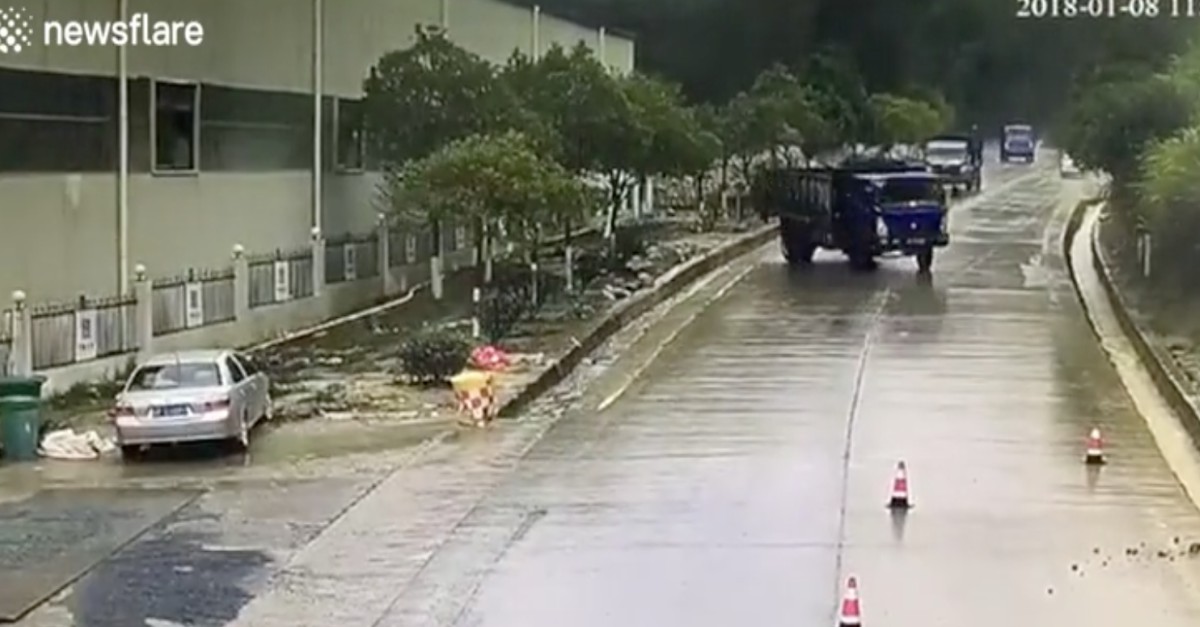 It’s hard to believe this actually happened, but three trucks went for quite the ride on a rainy day in China.

It happened in Longyan City, in the southeastern part of the country’s Fujian Province, when a hilly road, probably slick with ice from the January cold, proved hazardous for the vehicles.

As the dump trucks head down the hill, a video shows that the first hits the patch of ice and water and ends up turning around nearly the full 360 degrees. Then, the truck behind it does almost the same thing.

RELATED: China accused the U.S. of breaking international law with a Navy destroyer — here’s what we know

The third truck, too, skids and slides on the hazardous surface before coming to a stop.

This is one synchronized near-accident that you can’t stop watching.