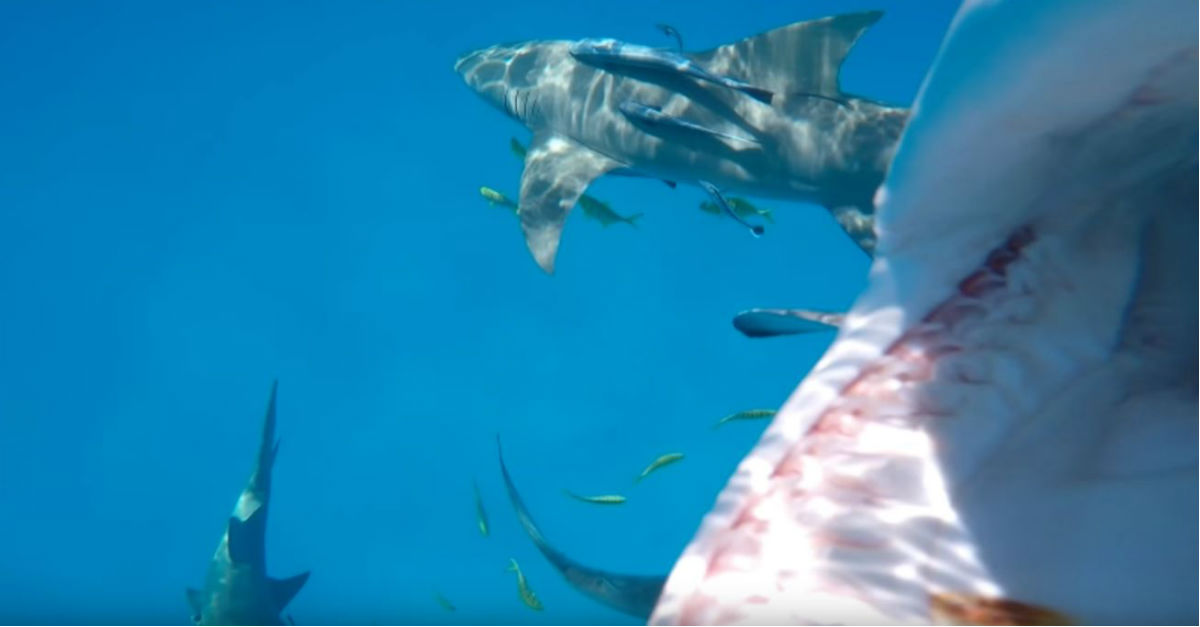 Diver Raymond Pascoe has some unique footage from his latest trip into the deep blue sea.

Pascoe was swimming through the waters off Australia’s east coast, hanging out with a few lemon sharks — which are generally harmless — when he found a few bull sharks darting through the water. Unlike the skittish lemon sharks, bulls are known for their indiscriminate appetite and one of them swallows Pascoe’s GoPro whole. Fortunately, the animal quickly spits it out. Pascoe was on the boat, safe from harm, when he filmed the encounter.

RELATED: When a shark chomps a swimmer?s stomach and won?t leg go, there?s only one thing to do

Pascoe wrote in the video description that he had his camera mounted on a pole and after the shark spit it out, the entire device floated to the surface. He told the Daily Star, “I didn’t see the bite coming as the camera was probably only one foot under the water … my first thought was ‘what the hell just happened?'”

Thankfully, the animal got rid of the camera without any serious harm to the GoPro, so we have a nice up-close look at those rows of razor-sharp teeth and the shark’s gills from the inside.