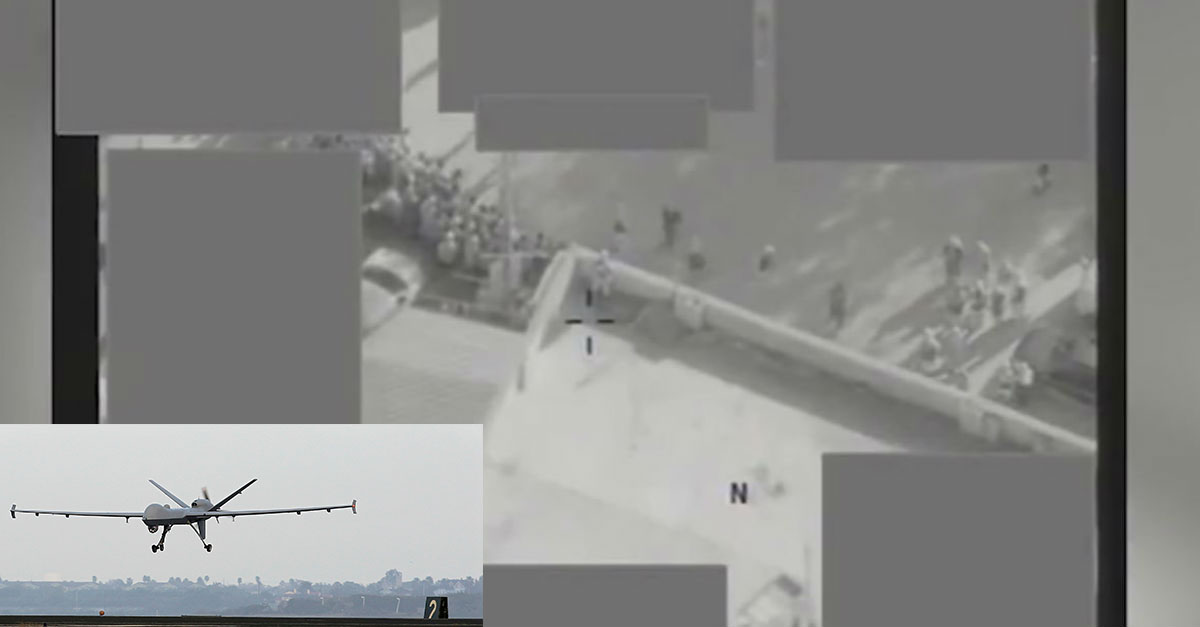 In the video, a group of people are lined up to watch a public execution. A sniper is posted on a roof near the town square and after a few moments of hovering on the target, the roof erupts in smoke. The people in the square can be seen fleeing after the strike.

RELATED: An ISIS-praising felon got stung by the FBI when he tried to buy a handgun

The Ministry of Defense stated that they couldn’t target the fighters on the ground because such a strike would have damaged civilians. Instead, they took out the fighter on the roof, causing the militants to flee, Metro reported. The RAF used a reaper drone for this strike, which is a $64.2 million device developed for the U.S. Air Force.

A member of the Royal Air Force told the Daily Mail, “the individual who we engaged was a sniper in over-watch to shoot civilians who sought to move away from the execution.” He also noted, “civilians had been herded in, forced literally at gunpoint, to go and watch this going on in their hundreds.”