Ride-hailing service Uber has confirmed that the car and driver pictured in this explosive video was carrying a passenger of theirs, reports KOMO News.

The video, recorded in Seattle, Wash., shows a 2007 Nissan Xterra barreling through an occupied gas station. The vehicle smashes through two pumps before igniting a fireball that briefly engulfs the entire vehicle.

RELATED: Icy roads led to a horrific crash and a statement from the governor of Maryland

Somehow, neither the 60 year-old driver nor the 40 year-old passenger had anything more than minor injuries. The driver was evaluated on the scene by police, but toxicology reports are still pending.

The crash concluded a spree of wreckage caused by the driver, who first clipped a Honda Accord around 8 p.m., sending the Accord into a tree and cutting the vehicle in half. That driver has since died from injuries sustained in the accident.

KOMO reports that witnesses say the driver appeared to brake but lost control, and he may have lost a tire. The Xterra hit a curb, went airborne, and careened through the Shell station before setting a pump on fire and coming to a stop. 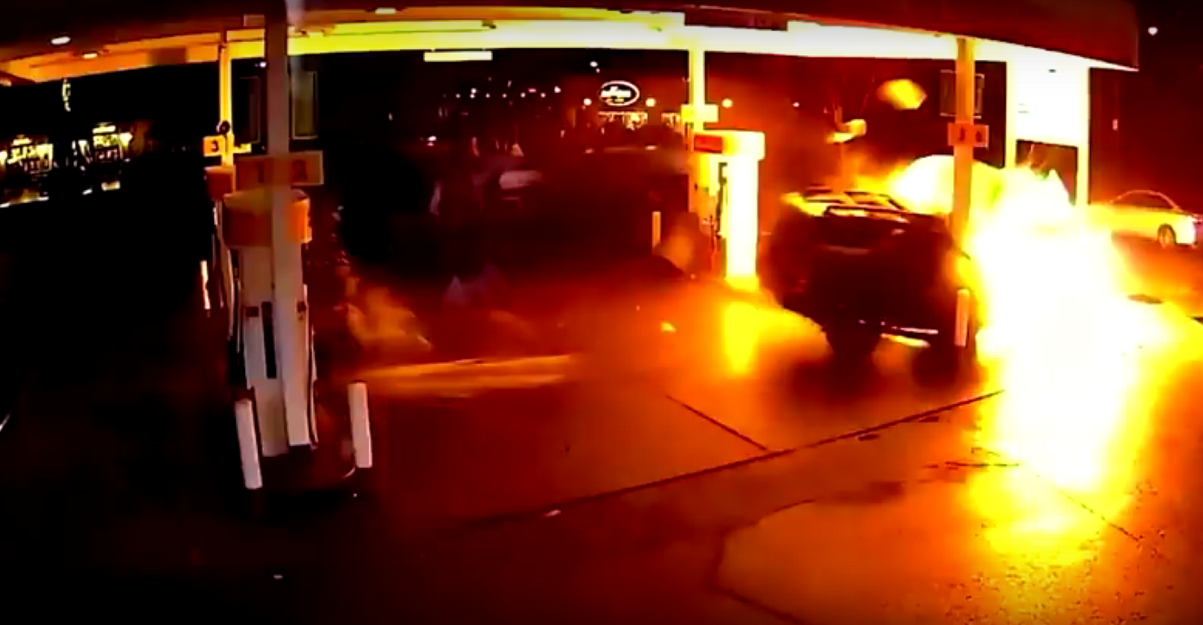