Don’t let your guard down in a room full of valuable vehicles, even in broad daylight.

An auto repair shop in a suburb of Brisbane in Queensland, Australia, is probably still watching this CCTV footage of a thief in board shorts and flip-flops who just walks into the garage, looking for all the world like a customer inquiring about a vehicle on one of the racks.

RELATED: How did this thief get away with $1.6 million in broad daylight?

But instead of approaching a mechanic, he approaches an unlocked Holden Commodore (similar to a Buick LaCrosse), gets in, locks the doors and speeds out. By the time mechanics realize what’s going on, he’s already locked the doors and turned the key.

The Queensland Police released the CCTV video from the auto shop in hopes of identifying the thief. They remind businesses to “be extra vigilant during work hours following the brazen theft.” 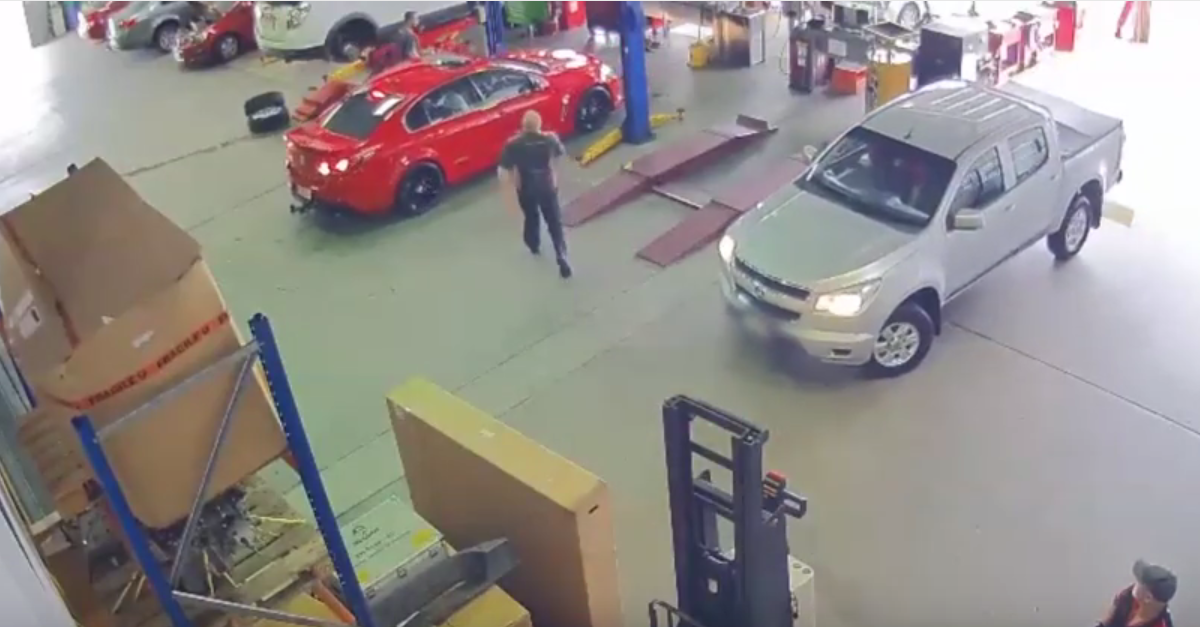