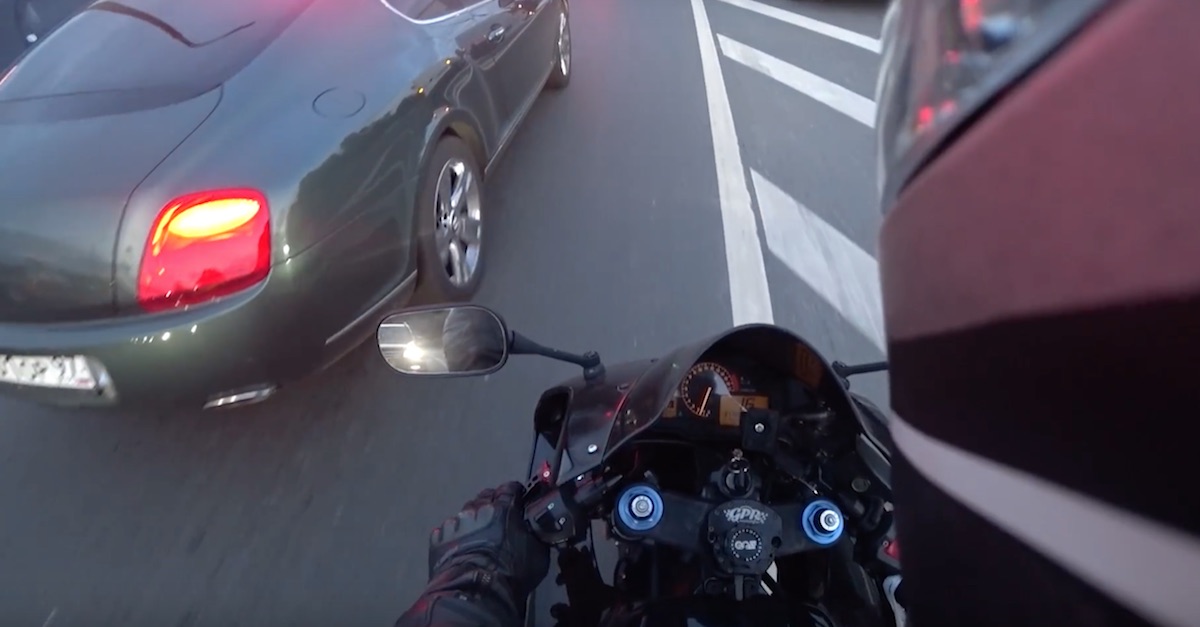 Meanwhile, in Russia, one biker who took serious exception to a group of men in a parking lot deliberately leaving trash behind had his camera rolling for a chase-down and lesson that we can all get behind.

RELATED: A graphic video shows a carjacking suspect dragged behind an SUV

The video uploaded to YouTube and generating a lot of buzz on Reddit shows the Bentley parked and its passengers in a parking lot walking around. One of the men clearly leaves a bag of trash on the ground and this biker, judging by what happened next, was seeing red.

He drove over to the trash in question, picked it up and followed the Bentley out of the parking lot. The video fast forwarded a bit and both vehicles ended up stopped at a light.

The biker did not waste his chance to send a message.

He knocked on the window and an unsuspecting passenger riding shotgun got some trash to the face.

The worst and grossest part is that you can definitely see liquid splash damage after the bag of trash was hurled into the car.

RELATED: A truck driver who couldn?t wait two seconds for a train to pass got slapped by instant karma

We’re not sure what was said because we don’t speak Russian, but we’re guessing the English equivalents were of the four-letter variety.