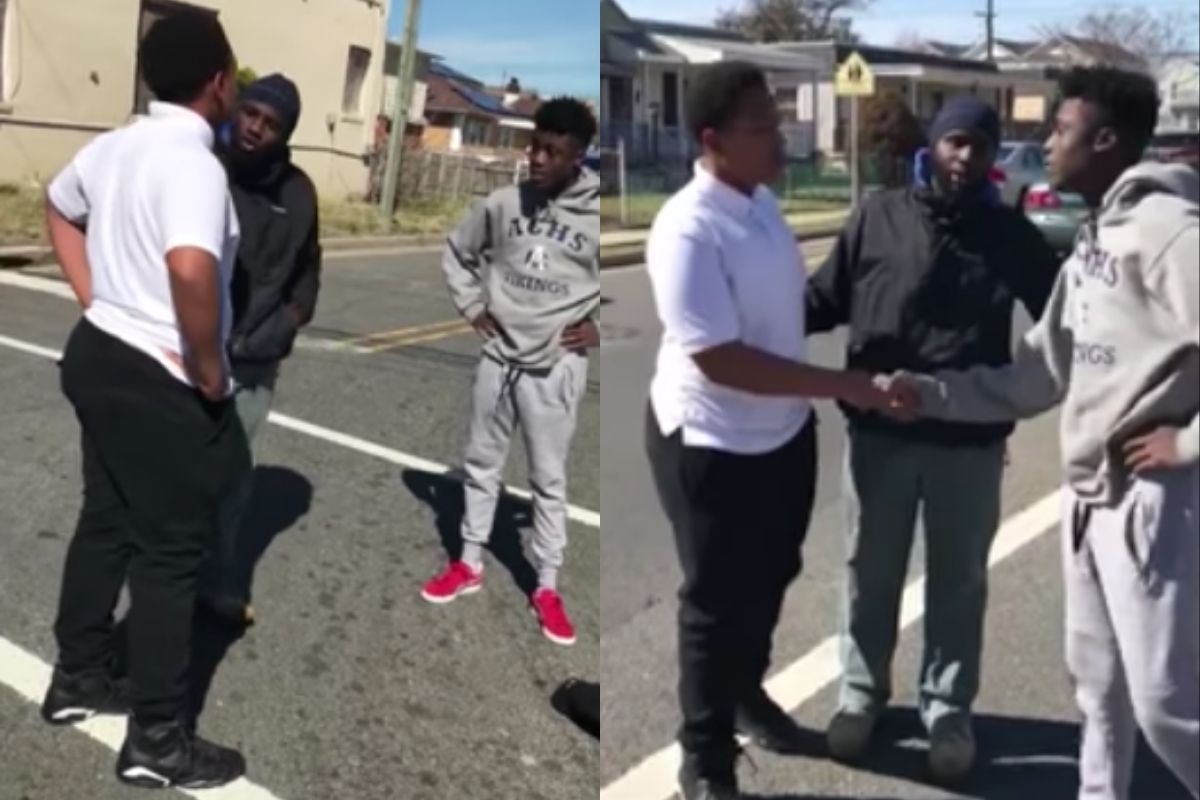 Ibn Ali Miller found himself at the center of attention after stopping a street fight between two young men, Sheldon Ward and Jamar Mobley, in his hometown of Atlantic City, New Jersey. The video of his street intervention went viral on social media after it was posted on Facebook.

Miller said he didn’t want praise for his actions, and just considered it something that anyone would do: “I’m a Muslim. I was raised by Muslim parents. That’s what we were taught in my house, always, growing up […] or me, I don’t look at it like I’m a peacemaker. I did what I was supposed to do, what I was raised to do.”

In the viral video, the New Jersey man first steps to the group aggressively, calling the gathered crowd to record the fight “real cowards.” “Ain’t cool, man, y’all are in the middle of the street,” he tells the young men, before pointing out that their friends are watching them and laughing. They stop and listen to him.

Miller then tells the young generation present that they’re old enough to take responsibility for their actions. “Y’all are almost men. Y’all aren’t kids no more, you girls aren’t little girls no more […] Y’all are men. Start acting like it […] Y’all got parents. Don’t make them look like this. It’s important.”

He also calls out high school kids he recognizes from the neighborhood, telling one, “I know where you’re from, humble beginnings! Your mom and dad worked hard to get where they’re at!” and telling another “Your dad is doing [a life sentence], you think this is a game?”

Miller finally gets the teen combatants to shake hands, make peace, and walk away from the scuffle. And although the boys shake hands and realize that they learned a valuable lesson, Miller goes on to mention that he doesn’t want recognition for what he did, even though he’s getting it from people like LeBron James.

So dope!!! #Salute the homie who stepped in and spoke real to our young generation. We all need a word or 2 to help! https://t.co/hJ4BT611sw

“I just didn’t want those kids to fight. More importantly, I didn’t want one of those kids to lose the fight,” he told Time Magazine in an interview. “Sometimes when you’re young like that, and you lose a fight in front of your friends, and it goes on Facebook, it could hurt you for a long time,” he added.

A video of a street fight is always bound to go viral, but it matters more what Miller valued in teaching the younger man. It’s clear that this isn’t the first fight he’s seen in his community, and we applaud how he wanted to make a difference.

Editor’s note: This article was originally published on March 23, 2017.