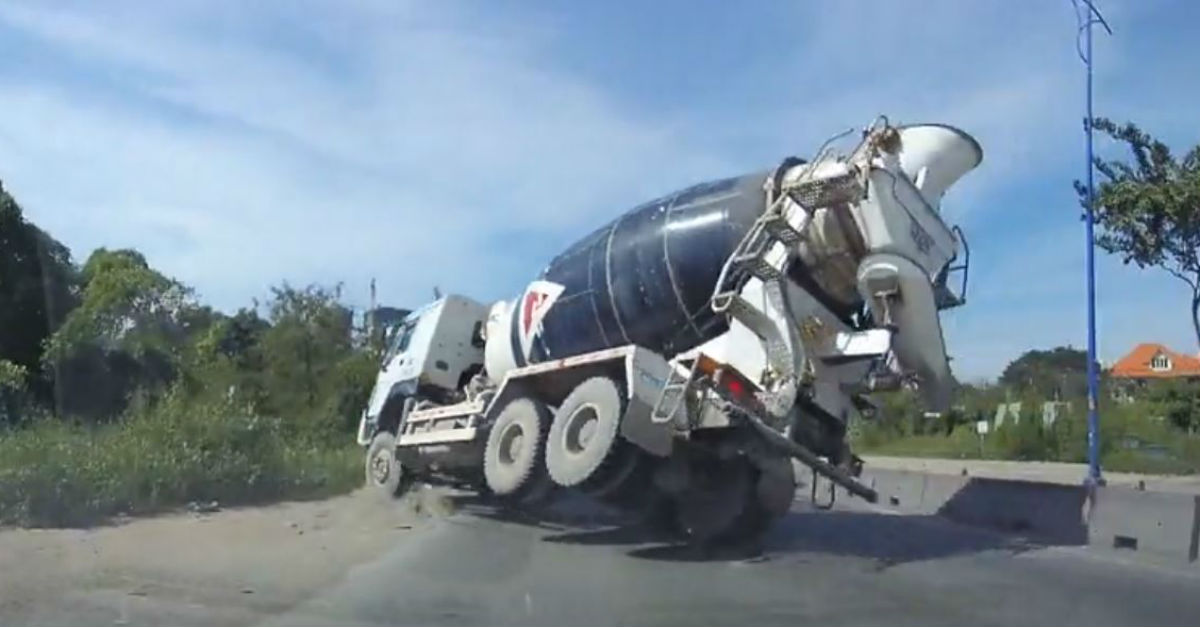 A truck driver overseas definitely got an earful and probably got fired after he tried to beat traffic and ended up flipping his ride; thankfully for us, somebody caught the real-life nightmare on camera.

The video begins on the outskirts of Vietnam’s Ho Chi Minh City; it’s a reasonably-sized road, the vehicles all seem to have plenty of room and on an adjacent road and  a few scooters are passing by. When the cement truck comes into the camera, he’s clearly going faster than the other cars on the motorway.

What happens next is pretty wild, the traffic has bottle-necked where a minivan is trying to merge in and rather than slam on the breaks, the driver behind the wheel of the cement truck went for an evasive maneuver.

For a moment, it appears that the minivan might actually get the worst of the crash and the cement truck might land on its roof, but the smaller vehicle is able to speed out of harm’s way. The truck might have grazed the back end of the van but, for the most part, it was unscathed except for an ugly crumple on the hatch.

It’s unclear what happened to the driver in the cement truck but the motorist in the minivan got out of his vehicle and went to check on him when the video ends.