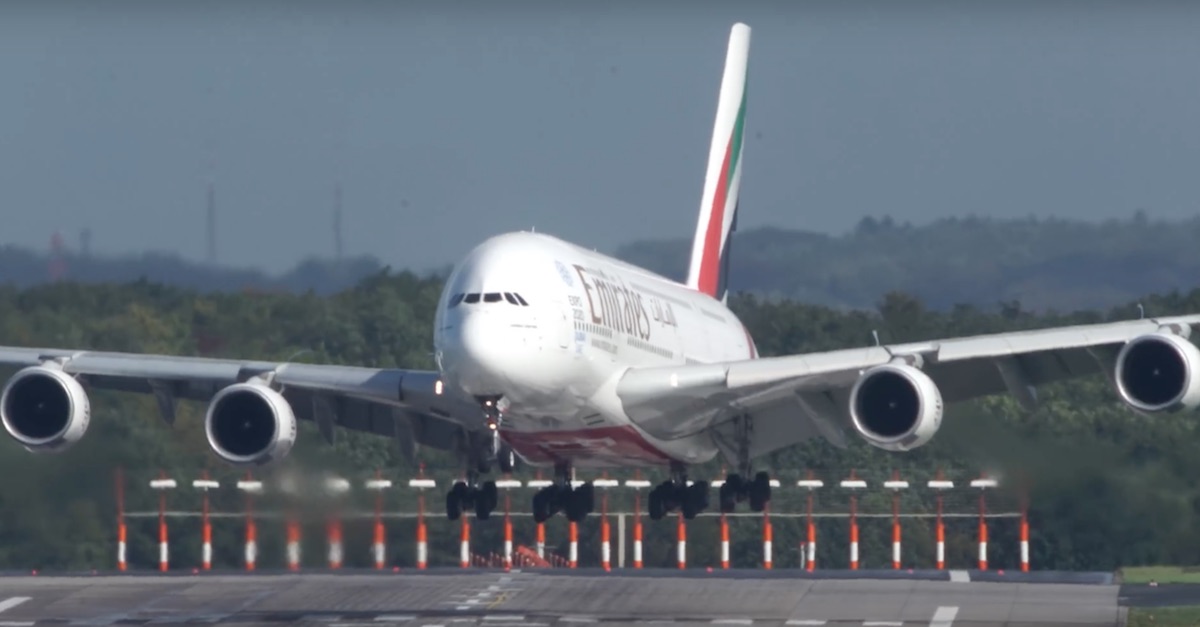 The skills of pilots, especially when flying planes this large, never cease to amaze, but even the person who filmed this video, who has watched thousands of landings, found it to be “extremely hard and extraordinary.”

RELATED: It had all the makings of a routine plane landing, until this car came out of nowhere

Video filmed and uploaded to YouTube by Cargospotter now making the rounds on social media shows an Airbus A380 running into some acute crosswind problems upon landing in Düsseldorf, Germany.

Cargospotter wrote, “I have filmed a few thousand crosswind landings at several airports in Europe within the past years, but this Airbus A380 crosswind landing was extremly [sic] hard and extraordinary.”

RELATED: A student pilot didn’t panic when her plane’s engine cut out and pulled off an impressive emergency landing

You really do have to wonder what the passengers on this plane thought at the time because it certainly seemed like they were in the clear.