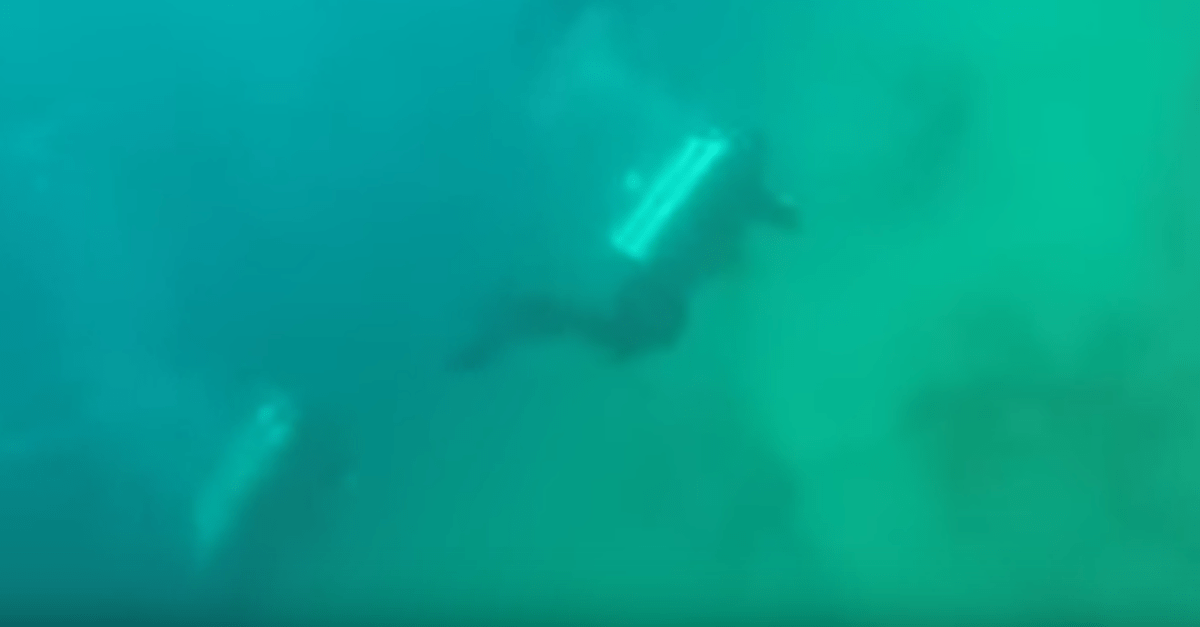 Earthquakes are a harrowing affair for anybody who has had to experience one. They’re complicated to explain, though; essentially, pieces of the earth’s core scrape against each other and the result is a rumble that will give anybody goosebumps.

The quakes are only common in regions near fault lines (areas where the pieces of the crust meet), thus many on the East Coast are likely to never endure an earthquake while San Franciscans expect them more commonly than rain.

RELATED: New Zealand was just hit with one powerful earthquake–and now there are threats of a tsunami

The quakes are frightening enough on land, but underwater it might seem like the world is crashing down. A few divers in the Philippines were on a normal day out in the beginning of April when they encountered an earthquake first-hand. The diver who filmed the occurrence told Newsflare:

It felt like there was a huge propeller of a big boat turning around directly above us, we heard underwater the trembling of rocks under the ground and we felt the shock wave, it hurt our ears, feeling heavy breathing and sudden changes in pressure.

RELATED: One look at the aftermath of the earthquake in Italy shows how devastating it truly is

The divers quit their dive and managed to get to the surface without any further issues, but it’s safe to say that the incident shook them a little bit.