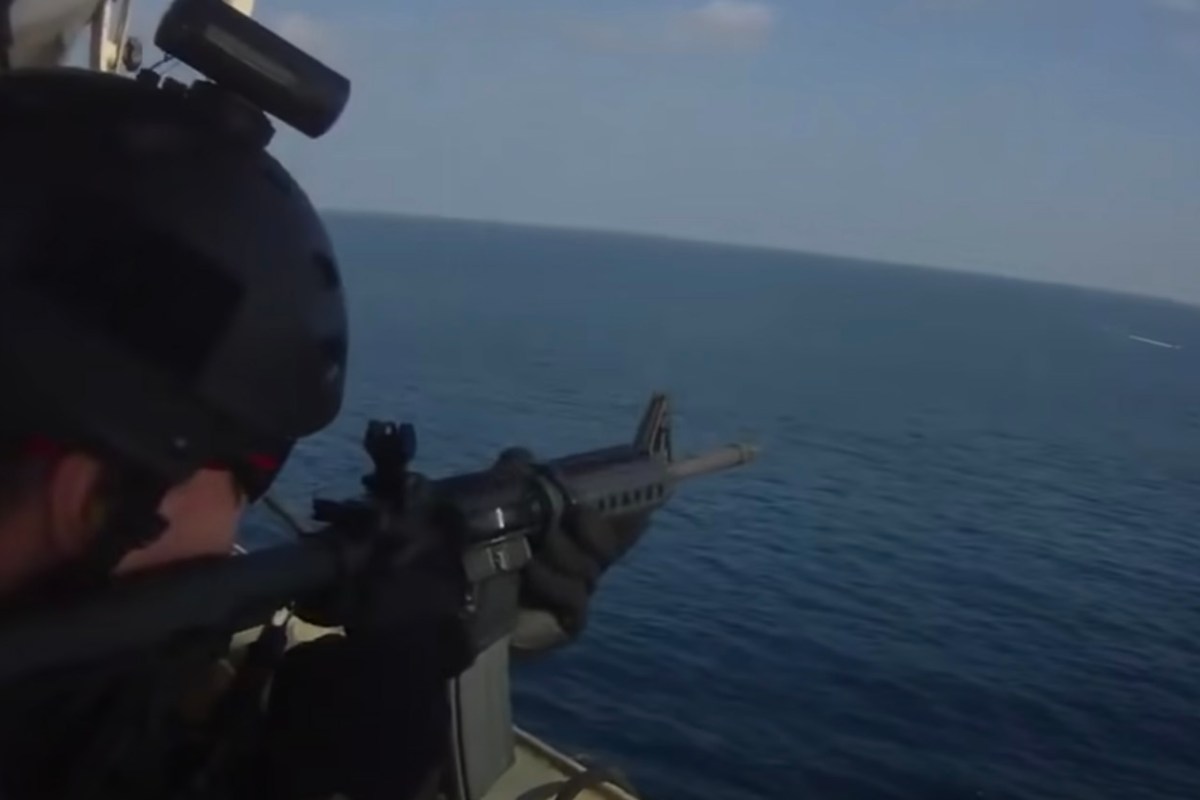 For years, Somali pirates have been terrorizing shipping vessels that get too close to the Horn of Africa. Unfortunately, the area is an important trade route and is heavily trafficked. In their prime between 2008 to 2011, the pirates cost shipping industries billions of dollars. In 2012, the MV Smyrni was held in a pirate anchorage off the Somali coast for 10 months before being released after an undisclosed ransom was paid. It had a crew of 26 and was carrying 135,000 tons of crude oil.

At times, such as the instance dramatized in the Tom Hanks film Captain Phillips, the United States Military — including the Navy SEALS — have been forced to intervene.

While the piracy subsided for a few years, the seafaring buccaneers have returned with a vengeance and begun attacking ships again with regularity. In the past month, there have been five instances of piracy in the Gulf of Aden, which is located just off the coast of Somalia. A new video, which is going viral online, shows the face-to-face combat between pirates and heavily armed private security forces. The security guards can be seen firing warning shots from assault rifles at several small pirate vessels off of the front of the skiffs and from the chatter, there seem to be guards on both sides of the ship. The exchange is loud and intense, though the men clearly know what they’re doing.

The Economist recently looked into the resurgence of piracy around the Horn of Africa and reported that the rising insurance premiums led to shipping companies hiring private guards to protect their investments.

Young Somalian men are easy targets for criminal organizations funding piracy who can promise big payouts for short stints of work. The illegal fishing off their shores is also a major problem as the local fish population has dried up.

This story was originally published April 22, 2017.

RELATED: Pirates Kidnap US Citizens Off Coast of Nigeria