If ever you needed more proof that science can be fun, YouTube user TheBackyardScientist is here to show you just that!

On March 10, 2017, he uploaded a new video in which he tries to blow up a watermelon. His first attempt failed, quite miserably. Using a capacitor (which he explains can also be thought of as a battery) that contains 1,000 joules of energy, he demonstrates just how powerful this gadget is by dropping a hot dog on it. The wiener is immediately blown to smithereens! However, the same result did not occur when he sent the 1,000 joules of energy through a watermelon. That capacitor wasn’t powerful enough to blow up a watermelon.

RELATED: A potato shot out of a cannon dealt this watermelon a world of mesmerizing pain

That’s when he calls in for back up.

As TheBackyardScientist notes in the description section of his video, “My friend coyt brought over 4 capacitors rated at 20kv and 25uf each. They came from a lab that used to them to simulate the effects of lightning on materials, so this is basically like what would happen if a lightning bolt struck a watermelon!”

The enormous new capacitor solved the watermelon problem. As they prepared to release the main trigger, none of them had any idea to what to expect. With one swift BOOM, their experiment was a huge success.

Thanks to the 20,000 joules of energy that were sent through the watermelon, the group of guys managed to blow up the fruit! 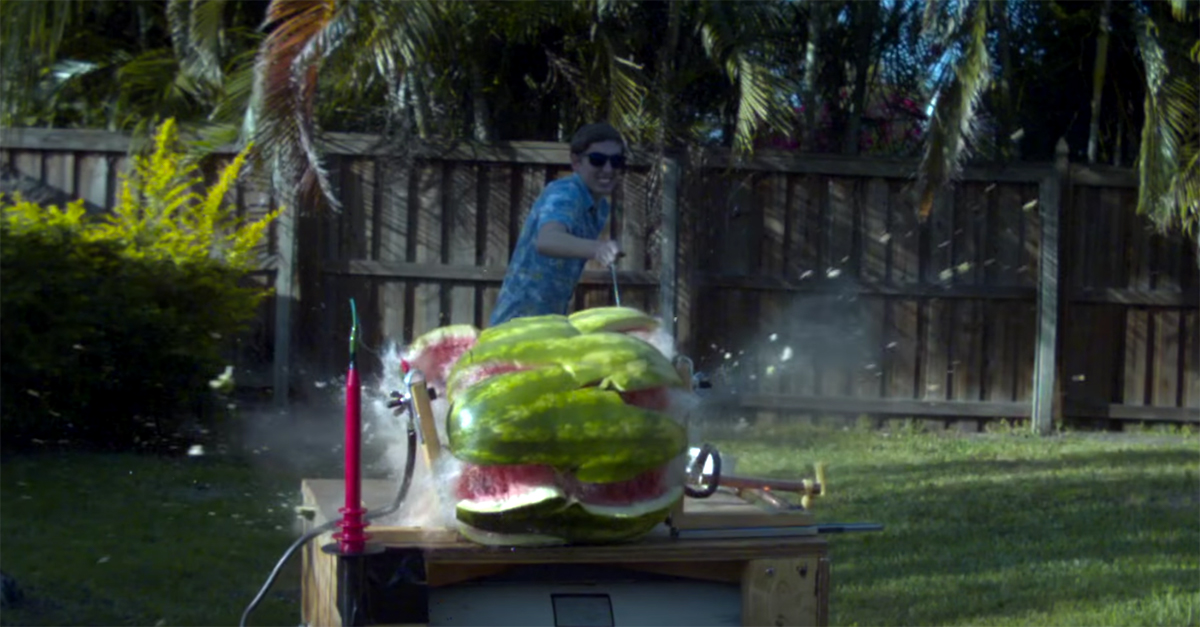