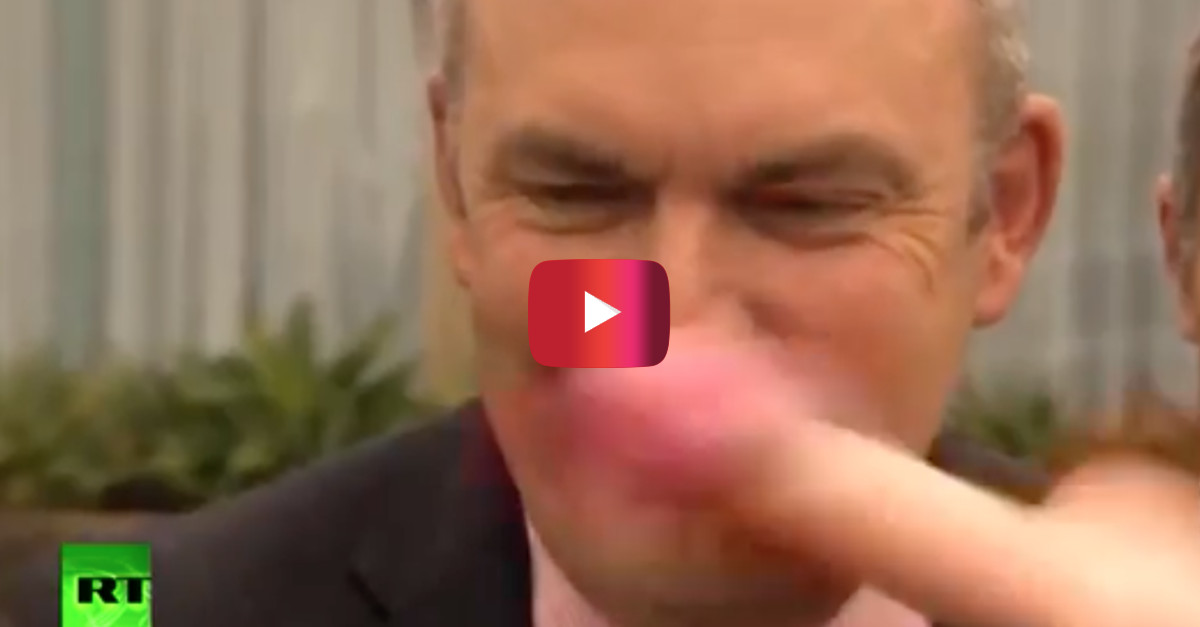 The woman has been identified as Josie Butler.

When she threw the sex toy she said “That’s for raping our sovereignty.”

?With the signing coming up next week, I thought it was really important that we take a really strong stand against this to protect the people of New Zealand, really,” she said, according to news.com.au. ?I?m here as a nurse because I?m worried about the patient rights and how many people will essentially die if this goes through because the price of medication?s going up, so yeah, it?s something I feel really strongly about.?

?It would be unfortunate for being known for this incident,” Joyce said after he was taken by surprise by this unusual slap in the face.