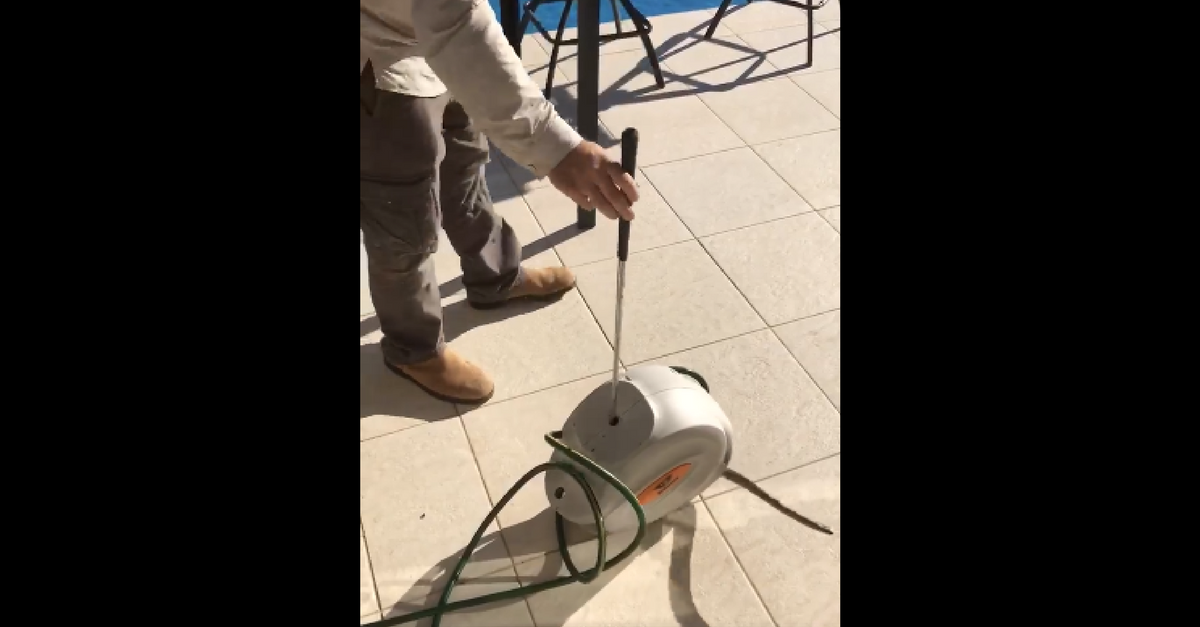 A terrified couple discovered one of the world’s deadliest snakes lurking inside their garden hose reel when they inspected it after experiencing difficulty retracting the hose.

The Australian couple couldn’t get their hose to retract on Sunday, so they took a closer look at the reel only to find roughly a 4-foot eastern brown snake taking a nap inside. Startled by their discovery, they then quickly called an expert to come remove the deadly reptile.

“A couple from Darlington were extremely surprised to find out this Brownie was the reason why their hose wouldn’t retract!!!” Snake Catchers Adelaide shared a video of one of their catchers luring the snake out of its hiding spot.

RELATED: A Florida family was in “total shock” after waking up to a very unwelcome guest in their pool

In the video, the snake catcher sticks a rod into the hole of the reel in attempt to force the snake out. When the animal slithers out of it, the catcher quickly uses to the rod to catch it by its tail as it tries to escape. He then picks up the writhing snake and carefully places it into a black bag. The video has since been viewed on Facebook over 57,000 times, and it got plenty of people talking and some even wondering if they might have the same problem.

“I would just walk out the door and call a real estate agent and buy an apartment,” one person commented, while another added. “I would have a heart attack if this was in my back yard.”

“Ummmmm mines not retracting properly,” another mused the possibility of having a snake stuck in their own hose reel.

It’s reportedly breeding season for the eastern brown snake. However, the season is coming to an end, which could mean Australians can expect an increase in sightings of the poisonous animal as their eggs begin hatching in the coming weeks.

RELATED: A family thought their self-flushing toilet was haunted — the real culprit was just as creepy