When a reporter noticed an assault in progress, he jumped into action 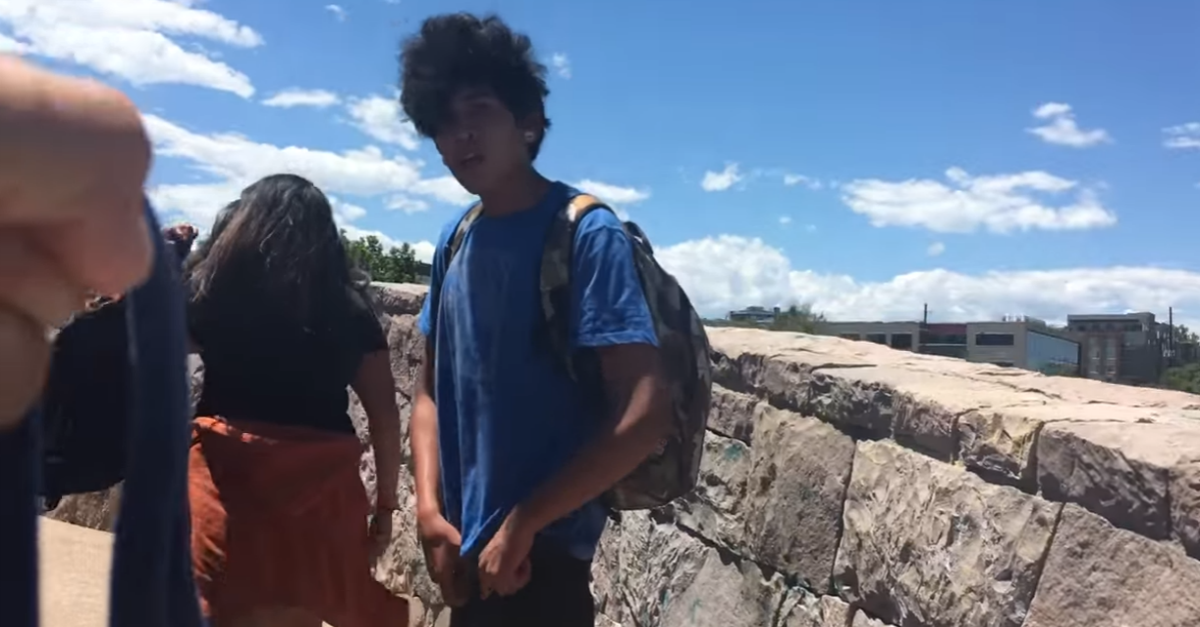 WARNING: Video contains footage of an assault. The images are difficult to watch.

When Denver reporter Jeremy Jojola saw a man assaulting a woman, his instincts took over. In the video, which has gone viral online, Jojola approaches the man and yells, “Hey God damn it, you get the fuck off of her right now […] I’m going to knock your dick in the dirt.” Thankfully, he managed to distract the attacker, and the woman was able to escape.

RELATED: Insane fist fight over a parking space ends with a woman getting stabbed

In a blog post Jojola wrote, “I came upon a man attacking a woman at Denver’s Commons Park and I got involved,” and that the attacker, Simplicio Mendez-Santos, has been charged with misdemeanor assault. Jojola claimed that he looked into Mendez-Santoz’s history and found a long arrest record, claiming that the 19-year-old has already been arrested three times. He also uploaded the video to his page with the disclaimer, “Video contains loads of douchey statements made by me and loads of f-bombs.”

Jojola wrote that, though the video was only recently uploaded to YouTube, the incident happened nearly a year ago. He explained that since the city is installing cameras in the parks, he “felt compelled to put this incident out there.”

Denverite reported that Mendez-Santos “is wanted for failure to appear and has since been charged in another assault.” In a conversation with the paper, Jojola said, “My call of duty voice came out.”