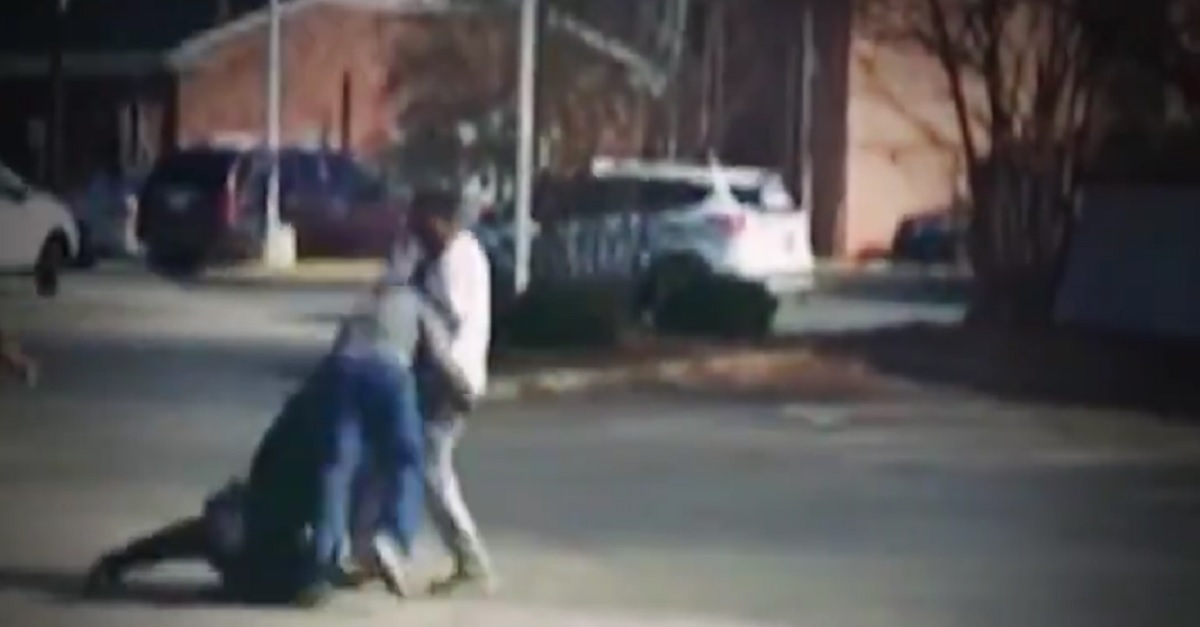 A South Carolina man who administered some vigilante justice to help a Columbia police officer make an arrest says “it was going to get ugly” and that something “had to be done.”

Cray Turmon was coming back from a workout at a Planet Fitness location when he noticed 27-year-old Columbia Police officer Ashley Hardesty wrestling with a suspect identified as 39-year-old Donald Songster Brown. Brown was accused of punching a gas station clerk in the face and drawing a knife in a nearby convenience store, prompting the call to Columbia police.

Turmon says he noticed that the manager of the gas station, who Turmon says is the “nicest person you’d ever want to meet,” had a black eye.

UPDATE: A homeless man, who jumped into action to help a police officer, is being commended by @ColumbiaPDSC. https://t.co/smFfMdbR23 pic.twitter.com/PNksxyqvTz

Even though Hardesty used mace and a stun gun on Brown, he was upright and fighting when Turmon walked onto the scene.

“I just felt like I had to step in,” he said to The State of what happened next.

Circling the two, Turmon and another man wait for a chance to get involved. In video shot by bystanders, Turmon sees an opening and tackles Brown, dragging him to the ground.

“It’s kind of ironic… I actively helped a police officer even though I’ve been in trouble with them,” said Turmon, who is a welder by trade and trying to get back on his feet after getting sober. He was presented with a certificate for “extraordinary actions to preserve life and aid public safety” by Chief Skip Holbrook at a shelter for homeless adults, Transitions, where he currently lives.

For risking his health and safety, the Columbia Police also awarded him two $50 Walmart gift cards.

“This time I’m not on the other end of the law,” said Turmon. A GoFundMe page has been set up in his name as well.

Officer Ashley Hardesty is grateful for the unexpected aid, saying he “changed the situation altogether” and “basically ended it.”

Donald Songster Brown has been charged with attempted murder and kidnapping among other charges stemming from the incident.