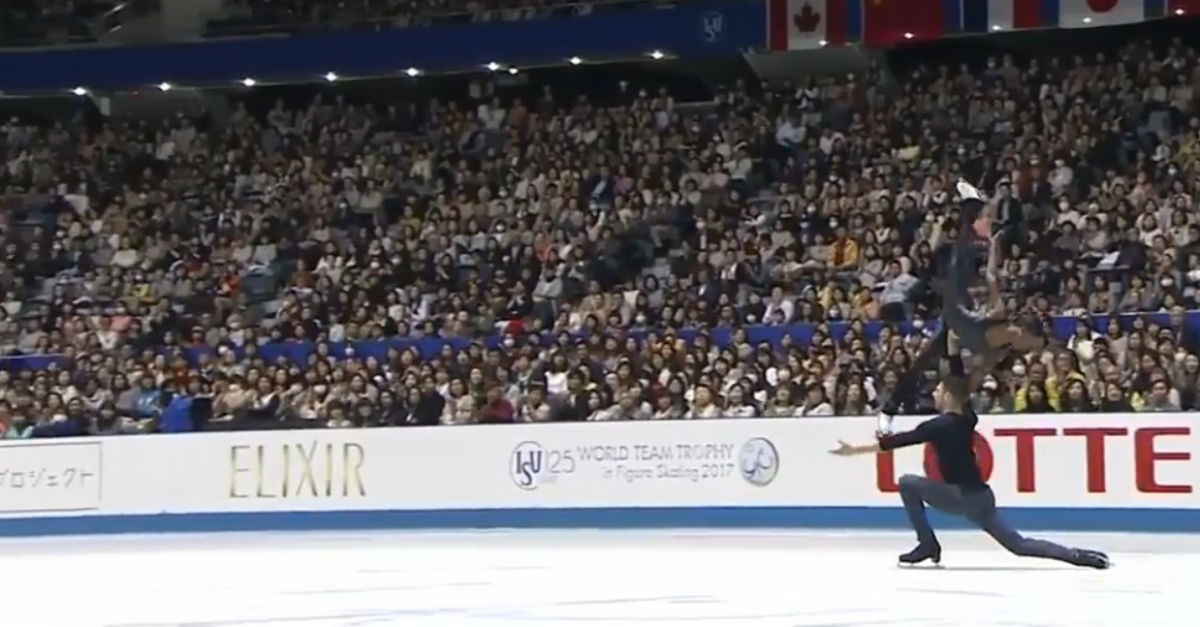 It’s easy to see how this graceful figure skating performance would give anyone the goosebumps.

As FaithTap pointed out, ice skating is difficult enough. So adding an evocative performance with flawless moves, sleek style, and gravity-defying grace is even more impressive.

French figure skaters Vanessa James and Morgan Cipres managed to do this and more when they appeared at the International Skating Union’s World Team Trophy 2017 in Japan.

The partners donned black outfits for the routine — and we might add that James looked stunning and powerful in her bodysuit.

They held hands and smiled sweetly at one another as their names were announced. They then found their way to the middle and prepared for the next few moments.

Disturbed’s cover of the Simon & Garfunkel classic “The Sound of Silence” began to play and the couple began their breathtaking display.

The pair moved in synchronization and the crowd cheered over and over again as Cipres effortlessly threw James into flips and spins. As for James, she stuck the perfect landing each time.

But what we think means very little if the judges did not see the same thing.

Thankfully, the judges did and gave them a score high enough to bump them into first place.

The video has since been viewed on Facebook alone over 30 million times.