Lord, please keep this man away from a gun range for the rest of his days.

This video from 2010, which only just started making the rounds, was filmed by someone probably named “Bill Hamp,” and appears to show a range instructor teaching a group how to shoot. He’s teaching them to shoot with a .44 Magnum (?) and, uh, isn’t big on the four central rules of gun safety. The uploader uses “Las Vegas” in the title, leading us to assume he probably filmed this at a range in the Vegas area.

RELATED: This guy pranked the driving range by bringing a gun and going skeet shooting

Where do you even start with this man (and his loaded gun) (and his eager trigger finger) (and his missing tooth)? If nothing else, you can’t criticize his recovery. Were it not for the hole in the ceiling, he would’ve pulled this off.

“Did you mean to do that?” a student asks.

“Yeah,” says the instructor, who didn’t. 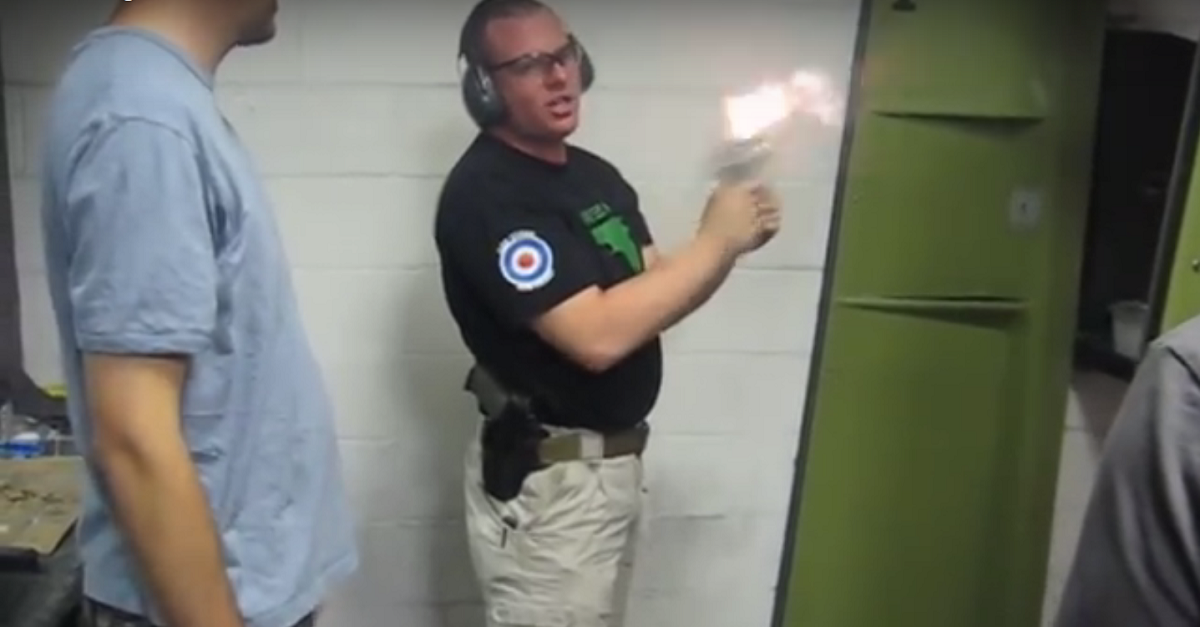