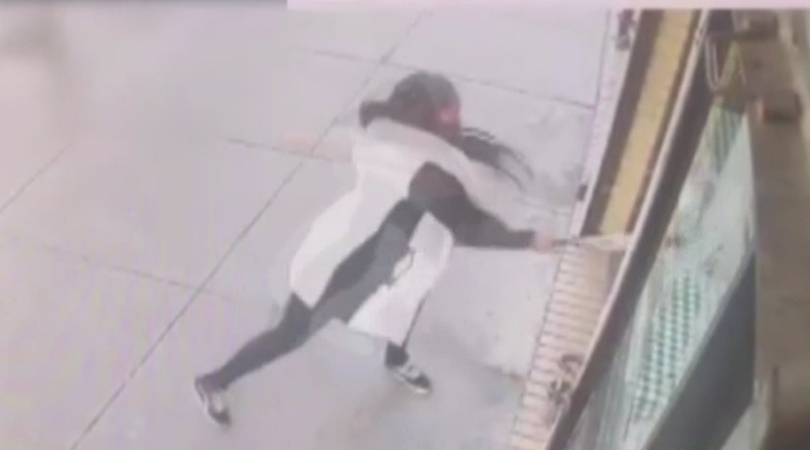 Let people live and let them eat all the beef patties! That’s all this woman wanted, a beef patty that unfortunately wasn’t available. So she did what any normal human being would do when beef patties are out and used her rage to demand one asap. (Sarcasm. This is sarcasm, people.)

According to authorities, and a very hilarious but terrifying surveillance video, the woman smashes the restaurant’s windows with an aluminum baseball bat in protest. The incident happened on January 15 after 4pm (maybe she started happy hour a little bit earlier?) at the Back Home Restaurant on East 169th Street in the Foxhurst section of the Bronx in New York.

What I find hilarious about this whole incident, is the fact that this woman got angry over a beef patty. Can you imagine when they tell her that they are out of Coke? Or better yet, tell her that there is only Pepsi and no Coke! Take cover, everyone.

The women, although she was highly disappointed, still ordered food to go, grabbing the bag out of the employee’s hand and throwing money at her. According to the owner, she caused more than $2,000 damages. Luckily, no one was hurt during the woman?s rampage, but, surveillance video does show at least one person attempting to stop the woman, ultimately taking a step back.

As to who the woman is, it remains a mystery. Police are asking anyone with information to call the NYPD?s Crime Stoppers Hotline at 1-800-577-TIPS or 911. But, employees said that the woman was a regular customer who as ?always cordial?.

Pft. That doesn’t look cordial to me. I?m gonna go ahead and say that this woman was Hangry. You know, the combination of Hungry and Angry that makes you do crazy things? Yeah, that. That or those are some seriously good beef patties, and if so, I need to try them.

Editor’s note: This article was originally published on February 12, 2019.