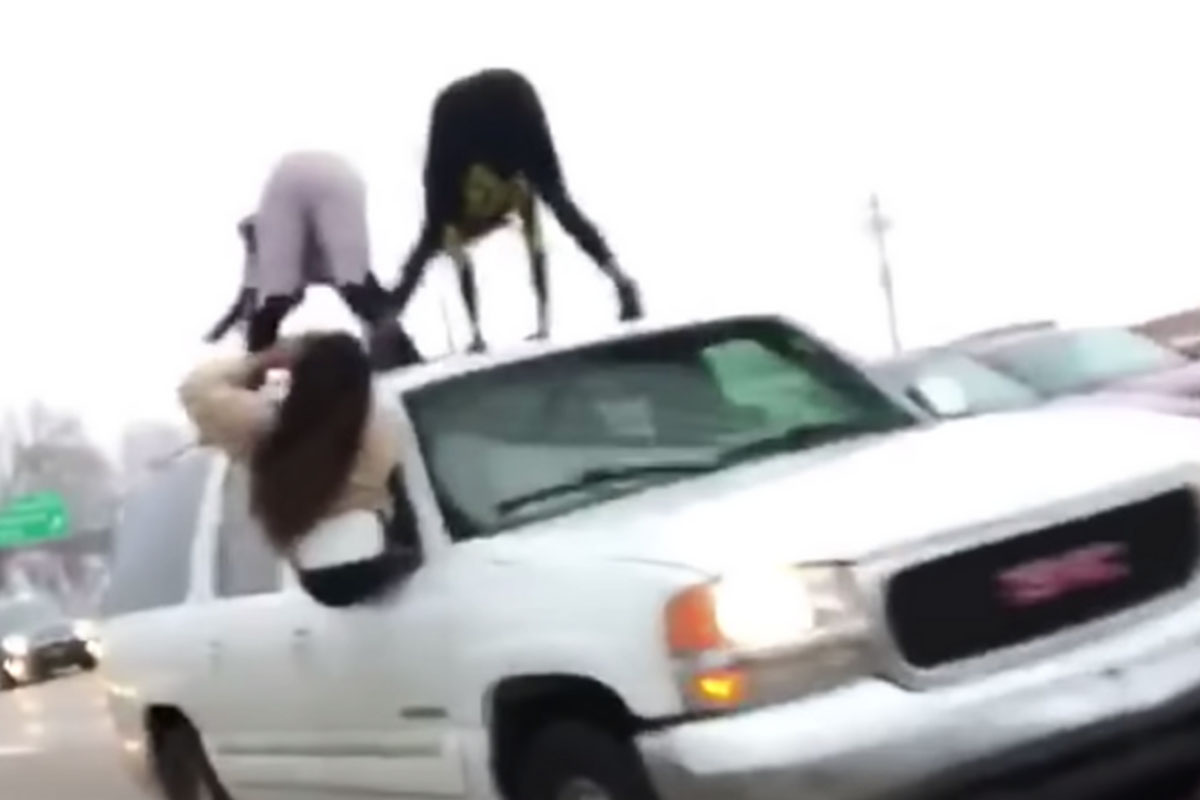 Would someone risk dying a horribly violent and terrifying death in a fatal accident to go viral? Yes. Of course. That’s not even a question. Someone would absolutely, say, risk their lives in a dangerous situation like falling off the roof of a car and having their body liquified by the wheels of a lumbering 18 wheeler, leaving their family nothing to bury but their soupy remains, likely with a little dead raccoon from the truck’s tires indistinguishably mixed in.

Some women from St. Louis, Missouri risked pretty much just that recently, electing to climb out onto the roof of a white GMC Yukon and twerk on the highway. For the ‘Gram, maybe? Motorist Jackie Friedhoff caught it all on video which was posted to local news outlet KSDK’s YouTube. The dancers were also filmed and posted to social media. The video shows some… interesting choices.

The women were seen filming this life-threatening portion of what is likely a terrible local rap music video that will get less than two hundred views on YouTube while driving down the St. Louis highway Interstate 64 (known locally as Highway 40) near Hampton Road. According to a St. Louis Police spokesperson, the women (obviously) broke a number of city ordinances… because this is super illegal. Those city ordinances include:

City ordinance, 17.16.280, which prohibits riding on the exterior of a motor vehicle.

City ordinance 17.10.060, because the driver failed to maintain the highway’s minimum speed (in order not to kill the people shaking their asses on his roof).

Thankfully, no one did actually get hurt, but this was roughly as safe as playing a real game of Russian Roulette on your Facebook Live. No one was arrested for the incident either, but the STLPD would like people to call them the next time (and there will defintiely be a next time) anyone sees something like this. They’d prefer to not have to shovel an otherwise innocent citizen’s body parts into a bag.

This article was originally published January 15, 2019.