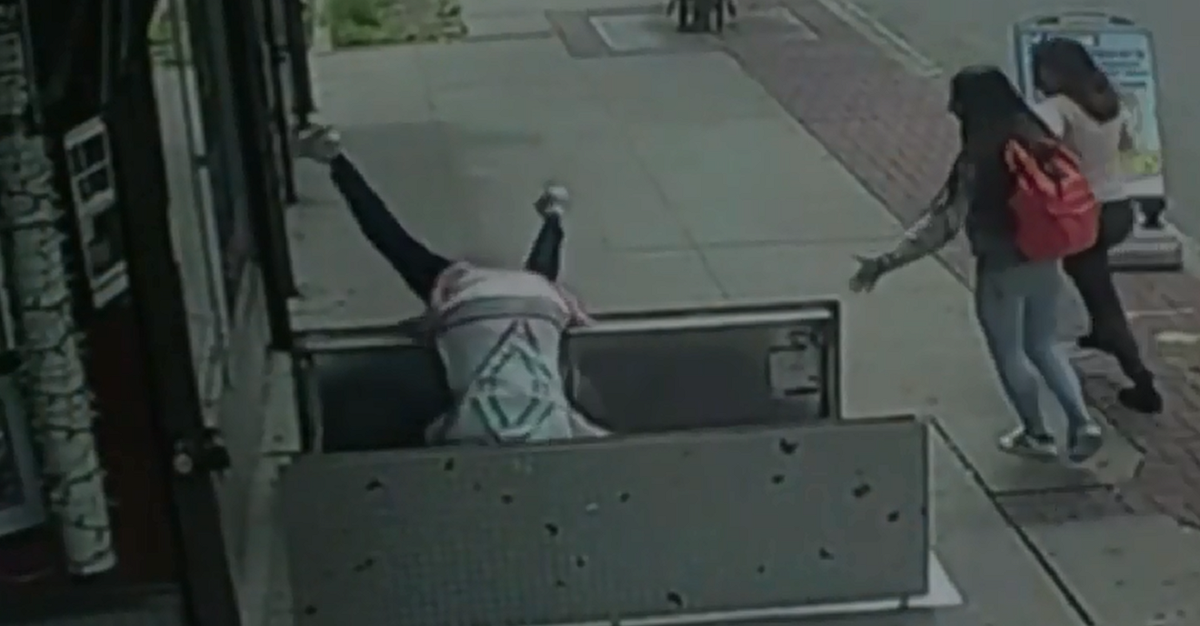 A 67-year-old senior citizen is in critical condition after walking right into an open cellar door and falling six feet into a basement in Plainfield, New Jersey.

Surveillance video shows that the culprit isn’t bad signage or a dark entrance ? it’s a cell phone in the woman’s hand! The incident happened just after noon today in the North Jersey city.

RELATED: Watch a complete badass pull a 4-foot snake from inside a gas pump

The woman is seen walking right towards the open gates, somewhat oblivious to what’s going on around her. As she looks at her phone, she walks right into the open hole.

A PSE&G utility company worker is there working. He drops what he’s doing and rushes to her aid. Passersby also summon an ambulance, who arrive moments later.

NJ.com reports that sidewalks in the area were opened to permit PSE&G to work on local gas lines.