“Your worst nightmare”: huge snake wrangled out of a toilet is enough to make anyone’s stomach churn 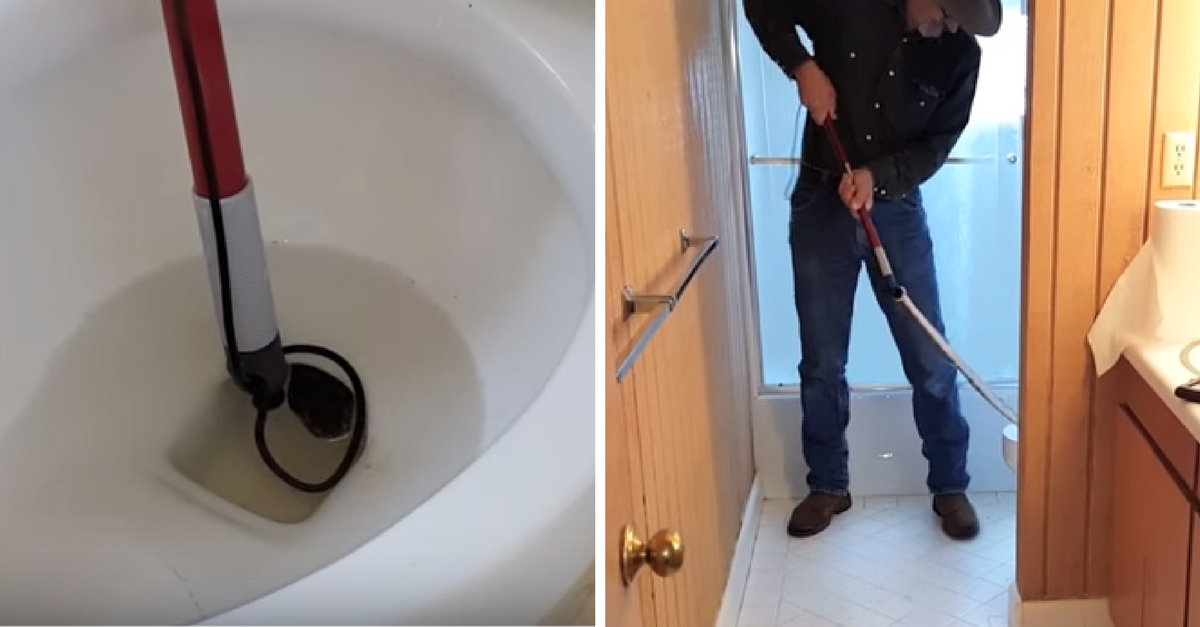 A Texas rancher captured the moment he wrangled a five-foot snake out of a toilet using a mop handle and some string on video, and it’s as disturbing as it sounds.

Workers were cleaning out a home that had been vacant for years on Ben Tedrick’s ranch when they noticed a snake poking its head out of a toilet in the house that had previously been inoperable. While the rancher said he would usually let the snake escape on its own, he feared it had gotten stuck in the pipes when the water was turned back on and decided to remove the animal himself and release it back into the wild.

“Plus, we had people working, trying to get stuff done, and it’s just a distraction,” he noted. “It’s your worst nightmare.”

RELATED: A rattlesnake in a family’s toilet led to a discovery that’ll make your skin crawl

Using a mop handle and a piece of string, Tedrick created a noose, which he then submerged in the toilet water. When the snake’s full body swam into the toilet, its head went through the noose, and Tedrick pulled it tight to catch it. On the first try, the animal was too quick for the man and shrank back into the pipe. He began flushing the water to try to coax the snake out again and was able to start pulling it out of the toilet on the second try.

“I had him out about three feet when he coiled up again, and he pulled me forward,” Tedrick said, impressed by the snake’s strength. “I was afraid his head was going to pop off, but he was perfectly OK.”

Rather than fighting the snake, he waited for the animal to relax and then pulled it all the way out of the toilet. He then brought the animal outside, put it in a pillowcase, took it down the road to some woods and released it.

RELATED: A nighttime bathroom visit was anything but ordinary after woman found this slithering in the toilet