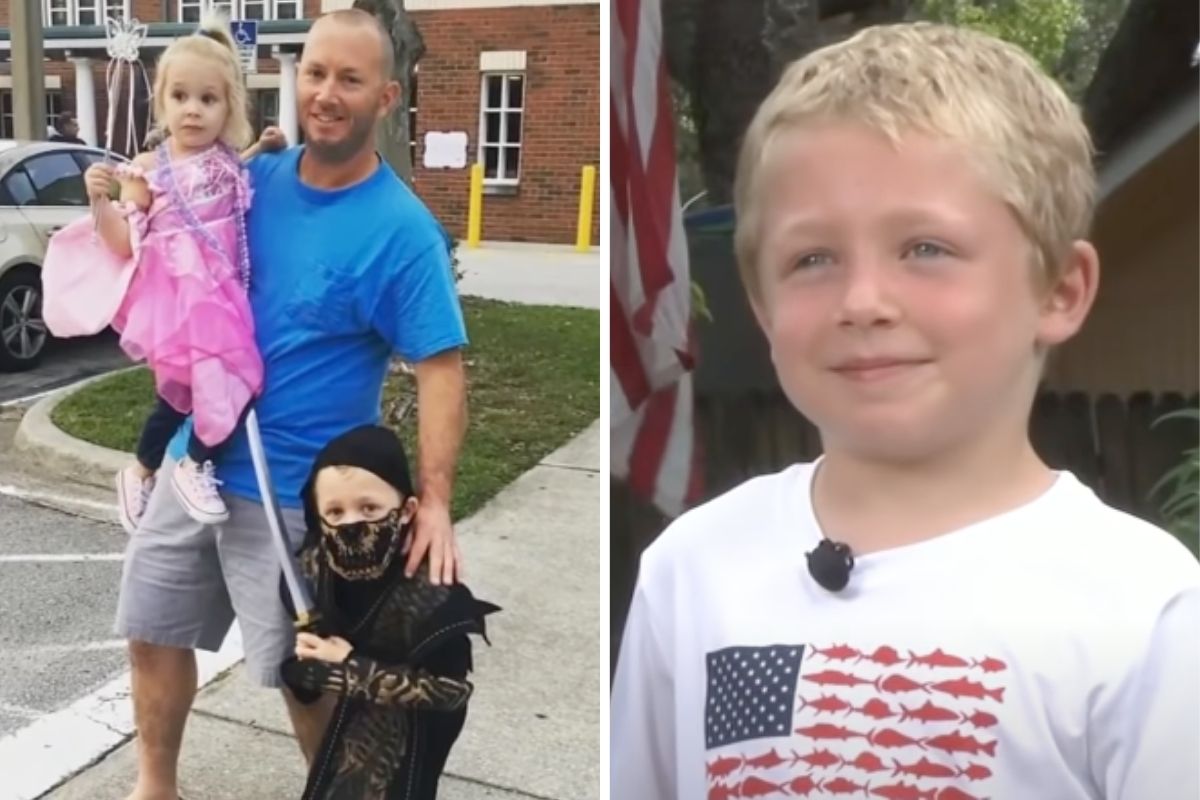 A miraculous move made by a 7-year-old boy saved his 4-year-old sister and his father from drifting away in strong currents. According to Fox News, Chase Poust courageously helped rescue his little sister and his father, Steven Poust, over the Memorial Day weekend while they were on a boating trip on St. Johns River in Florida.

Steven had anchored his boat so that he could fish while his children were playing. However, Chase said that the current was just too strong for his younger sister Abigail to hold on to the boat, and so he also let go so that he could stay with her while the current pushed her away. The biggest problem was that his younger sister was the only one wearing a life jacket because only children under 6 years old are required to wear a life vest.

Steven then jumped into the water to grab her, while Chase decided to use all the strength he could to swim back to shore. He was doggie paddling and floated on his back to keep from tiring out, but didn’t back down for an entire hour until he reached land. And even when he finally reached land, he didn’t hesitate, and he ran to the nearest home for help.

The Jacksonville Fire and Rescue Department, the Jacksonville Sheriff’s Office, and the Florida Fish and Wildlife Conservation Commission deployed crews who found Steven and Abigail about a mile away from their boat. Steven said, “I told them I loved him because I wasn?t sure what?s going to happen. I tried to stick with both of them. I wore myself out. She drifted away from me.”

“I screamed for help at the top of my lungs and waved my arms and sure enough someone heard us,” Poust added. “Little man also made it to shore and got help and that?s what saved our lives.”