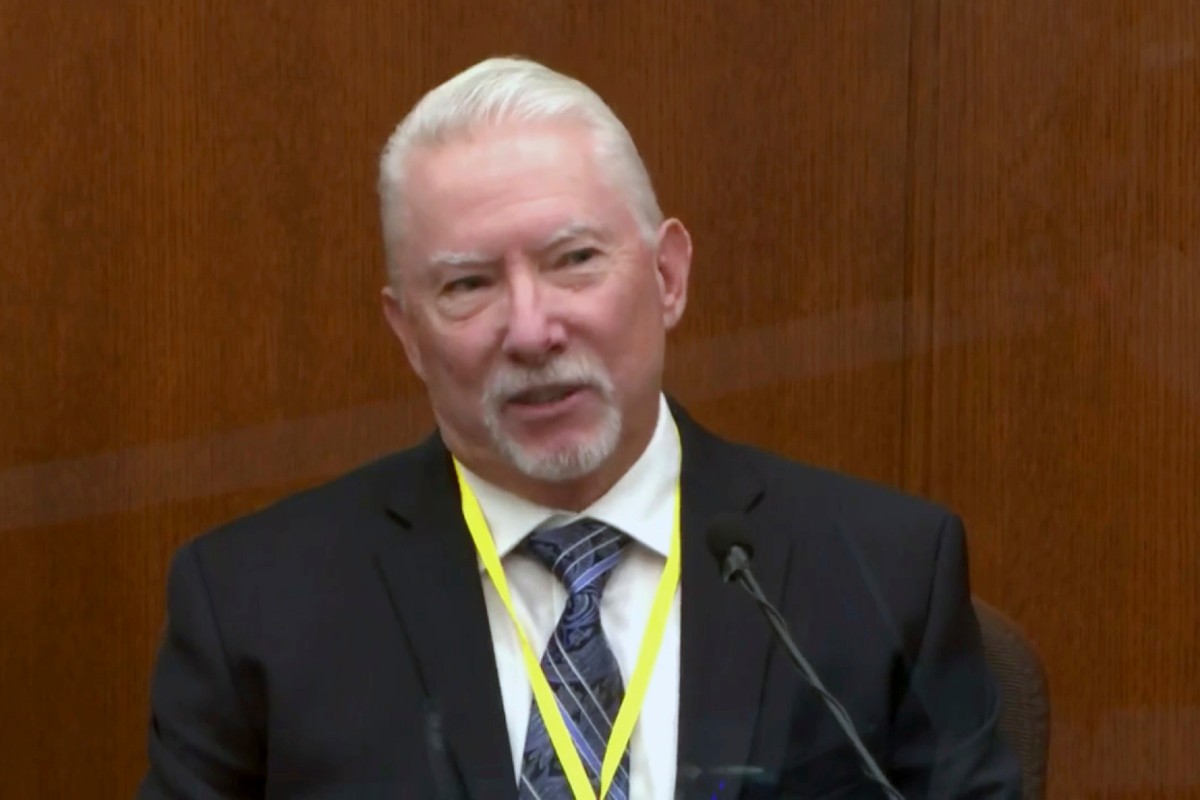 On Saturday around 3 a.m., the residents of a Santa Rosa, California neighborhood were startled awake by the sound of splattering blood. Upon looking out their windows, they were greeted by an equally troubling sight: A group of people dressed all in black, vandalizing a homefront with pig’s blood and — perhaps even more horrifyingly — leaving a severed pig’s head on the home’s front porch.

What was behind this act of vandalism? Police believe the vandals were targeting Barry Brodd, the use-of-force expert who testified in the murder trial for Derek Chavin’s defense team last week. Brodd was an expert witness for the team defending Chauvin, the former Minneapolis police officer who has been charged with multiple counts of murder and manslaughter in the death of George Floyd.

During his testimony on Tuesday, Brodd said he felt that Chauvin was justified in kneeling on George Floyd’s neck. “I felt that Derek Chauvin was justified and was acting with objective reasonableness, following Minneapolis Police Department policy and current standards of law enforcement in his interactions with Mr. Floyd,” said Brodd.

Barry Brodd, himself a former police officer with the Santa Rosa Police Department, argued that putting Floyd in the so-called “prone control” position was not a deadly force. Brodd even claimed the prone control position could be safer for the victim by preventing falls.

“It doesn’t hurt,” he said. “You’ve put the suspect in a position where it’s safe for you, the officer, safe for them, the suspect, and you’re using minimal effort to keep them on the ground.”

In response to Brodd’s testimony, Santa Rosa Police Chief Rainer Navarro published a statement saying the former officer’s comments “do not reflect the values and beliefs” of the Santa Rosa police department.

Santa Rosa Police say 45 minutes later a hand statue at the plaza mall was vandalized w/blood and a sign saying “Oink Oink”. The substance is believed to be animal blood.
⠀
(2/3) #ChauvinTrial pic.twitter.com/7EmX5MRx7A

Four days after his testimony, the vandals struck Brodd’s former home in Santa Rosa. Local authorities believe that the vandals mistakenly targeted the home, believing Brodd still lived there. “It appears the suspects in this vandalism were targeting Mr. Brodd for his testimony,” police said in a statement. “Because Mr. Brodd no longer lives in the city of Santa Rosa, it appears the victim was falsely targeted.”

According to the statement, the vandalism done to the victim’s house exceeded $400 in damage, making the crime a felony vandalism.

Shortly after the initial incident, the vandals struck again, reports CNN. Around 45 minutes after the residence was vandalized, a hand statue at the Santa Rosa Plaza Mall was smeared with a similar substance, which authorities believe to be animal blood. In front of the statue, the vandals left a sign with a drawing of a pig reading “Oink, oink“.

Authorities believe the house and statue vandalisms were performed by the same people.