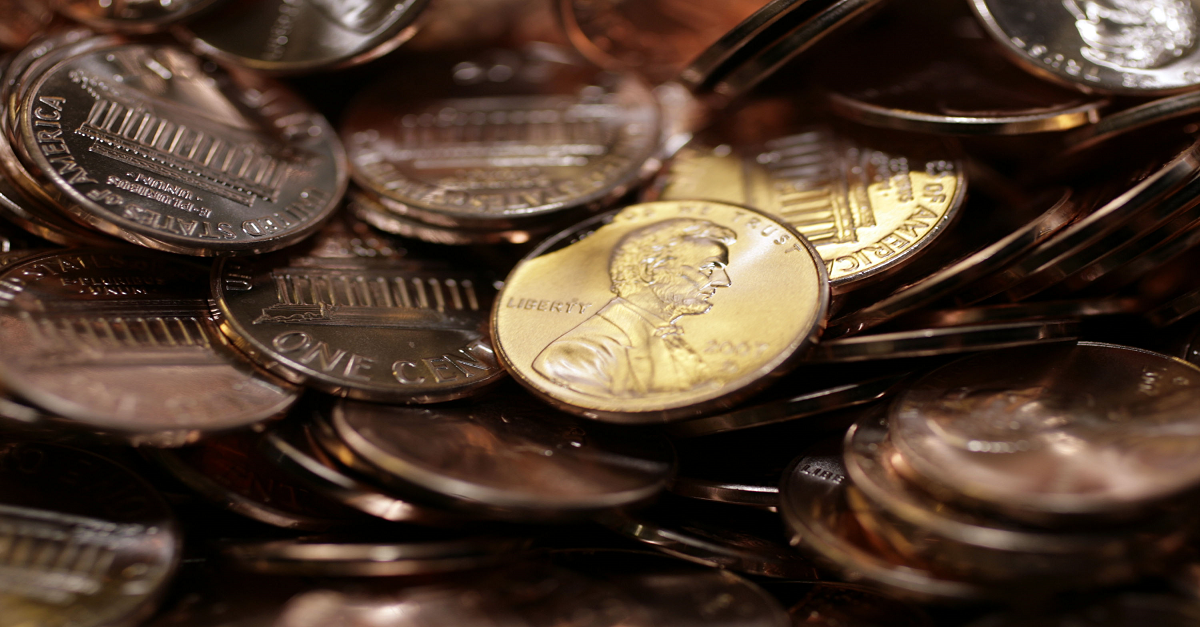 While you can’t buy much for one cent, a copper penny from 1943 could actually buy you a lot. In the same way that some 1970 quarters are worth a lot of money, 1943 copper pennies are some of the most valuable coins out there.

Prior to 1982, all pennies were made out of solid copper with the exception of one year. In 1943, the United States was in the midst of World War II and decided to strictly regulate copper in order to preserve the metal for the war effort. Therefore, the country began creating all new pennies out of steel instead. Despite the mandate, however, there were a few mistakes, and a number of pennies were made out of copper.

Unfortunately for the steel pennies, they ran into many problems including rusting, being mistaken for dimes and being magnetic. After the experiment, the government returned to making pennies out of copper. In the years after 1982, the rising cost of copper caused us to change the material we use to make pennies again. Thus, modern pennies only have a copper veneer.

So if you happen across any copper pennies dated 1943, use a magnet to make sure they’re the real deal. If there’s no magnetic pull, then you’ve got a winner!

RELATED: Have loose change lying around? You?ll want to search for this quarter when you find out how much it?s worth