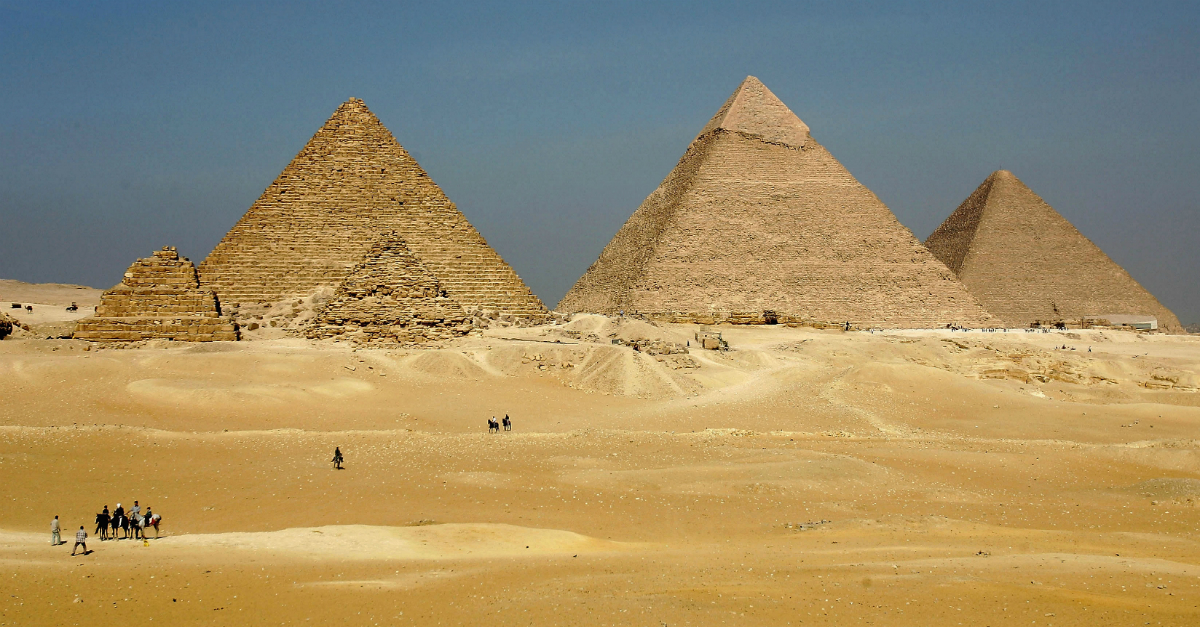 A subatomic technique called muography, which can sense density changes inside large rock structures, has detected the outlines of a “big void” within the Great Pyramid at Giza in Egypt, according to the BBC. It’s the first discovery of a new internal structure inside the pyramid in nearly two hundred years. Researchers are currently unsure what the new discovery is, or why it’s there.

“What we are sure if it is there, and it is impressive. It is the same height as the Statue of the Liberty,” said expedition leader Mehdi Tayoubi of the Heritage, Innovation, and Preservation Institute, the Telegraph reports.

The space — which was discovered near the center of the pyramid — stretches almost 100 feet long, according to NPR. It’s situated slightly above a large corridor called the Grand Gallery, one of the many passages that connect the two large rooms inside the pyramid, known as the Queen’s chamber and the King’s chamber.

#ScanPyramids an attempt to shed a new light on the most mythical massive monuments of the World with infinitely small particles (muons). pic.twitter.com/UxnWbAoAA0

“It could be a second grand gallery, it could be a chamber. We are working with archaeologists to compare it to other chambers, The void is there, it’s very big,” Tayoubi added. “It was not expected by any kind of theory.”

The next step is ambitious to say the least. The scientists plan to design a robot that could somehow squeeze into the pyramid to explore this new space. “This mission is about better understanding the pyramids,” Tayoubi said. “But above all, it’s about innovation.”

“This is definitely the discovery of the century,” archaeologist Yukinori Kawae told National Geographic “There have been many hypotheses about the pyramid, but no one even imagined that such a big void is located above the Grand Gallery.”