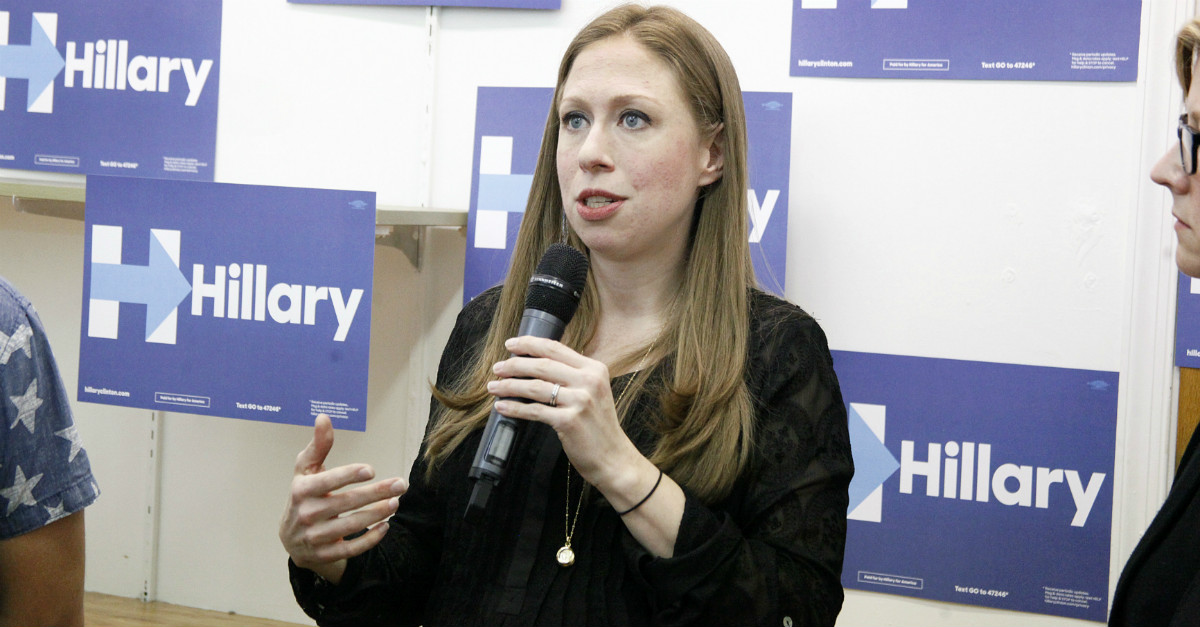 Kellyanne Conway confused everyone on Thursday night when she appeared on MSNBC and told Chris Matthews that she bets “it’s brand new information to people that President Obama had a six-month ban on the Iraqi refugee program after two Iraqis came here to this country, were radicalized and they were the masterminds behind the Bowling Green massacre. A lot of people don’t know that because it didn’t get covered.”

Turns out the Bowling Green Massacre didn’t get covered because it never happened and isn’t a real thing — a fact that many, including Chelsea Clinton, were quick to point out. A real terrorist attack did almost happen Friday morning, however, when a man wielding machetes and yelling “Allahu Akbar” tried to enter the Louvre Museum in Paris. Luckily, authorities shot him down before anyone was critically injured, and Clinton is thankful for that.

“Very grateful no one seriously hurt in the Louvre attack …or the (completely fake) Bowling Green Massacre. Please don’t make up attacks,” the daughter of former President Clinton and the 2016 Democratic nominee tweeted on Friday morning, hinting that making up terrorist attacks is insensitive during a time when real attacks having been occurring across the world.

Very grateful no one seriously hurt in the Louvre attack …or the (completely fake) Bowling Green Massacre. Please don't make up attacks.

To Conway’s credit, however, she did attempt to clarify her statement shortly before Clinton’s tweet, arguing that she had meant to say “Bowling Green terrorists” and including a link to a 2013 ABC News article about “two al Qaeda-Iraq terrorists living as refugees in Bowling Green, Kentucky — who later admitted in court that they’d attacked U.S. soldiers in Iraq.”