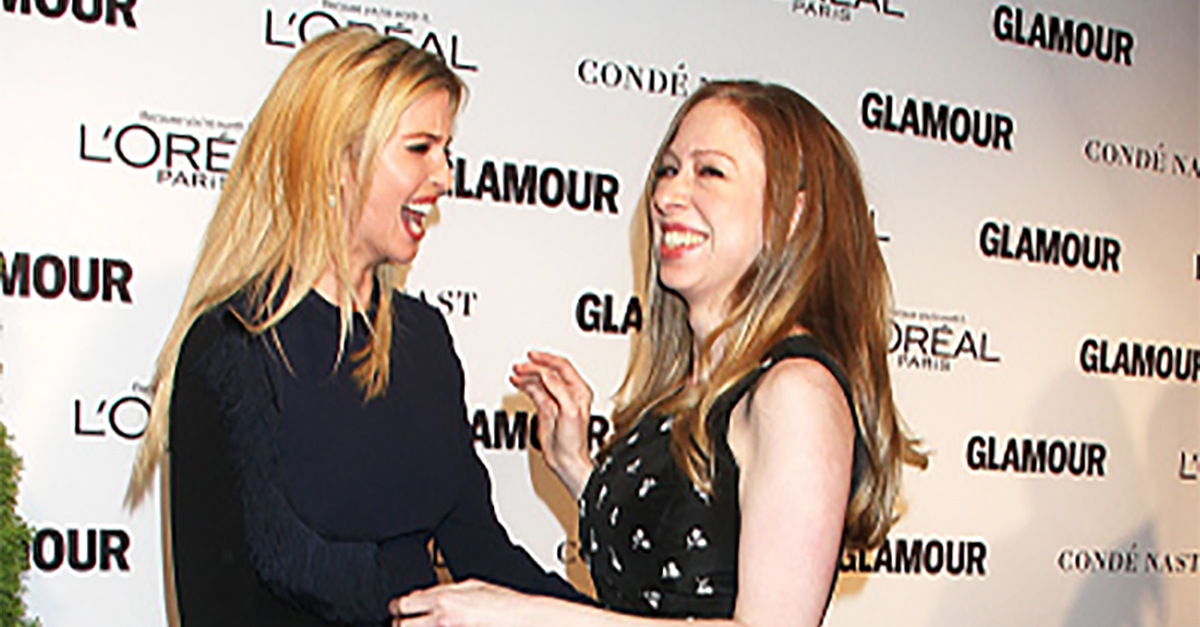 In 2016, Ivanka Trump declared Chelsea Clinton a “great friend” of hers, but the latter’s Monday appearance on “The Late Show with Stephen Colbert” suggested otherwise.

“I have not spoken to her in a long time,” the children’s book author said of the current first daughter. “It?s clear though that she has supported policies and decisions that I don?t agree with. I?ve been very vocal about my opposition to President Trump.”

RELATED: Malia Obama has some surprising figures in her corner after smoking videos emerge

While speaking with Colbert, Clinton also weighed in on Trump’s recent interview during the 2018 Winter Olympics, during which she was asked an “inappropriate” question about the many sexual misconduct allegations against her father, the president.

Although a former first daughter herself, Clinton pointed out that Trump’s employment in the White House means she’s fair game when it comes to questions about and criticism of the president and his administration.

RELATED: Melania Trump thanks Chelsea Clinton for coming to Barron Trump?s defense after his clothing choices were criticized

“Could you call her up and say, ?Hey, maybe no war with North Korea?'” Colbert joked.

“I certainly am just really sad that we?re at a point in time that that even has to be said,? responded Clinton. “I mean, that we?re at a point in time where we have a president who has such a callous disregard for a thoughtful, coherent, kind of expert-advised foreign policy is something I would hope, regardless of where we sit on the political spectrum, we could agree on.”

“I think unfortunately this administration is the collision of cruelty and incompetence,” she added.