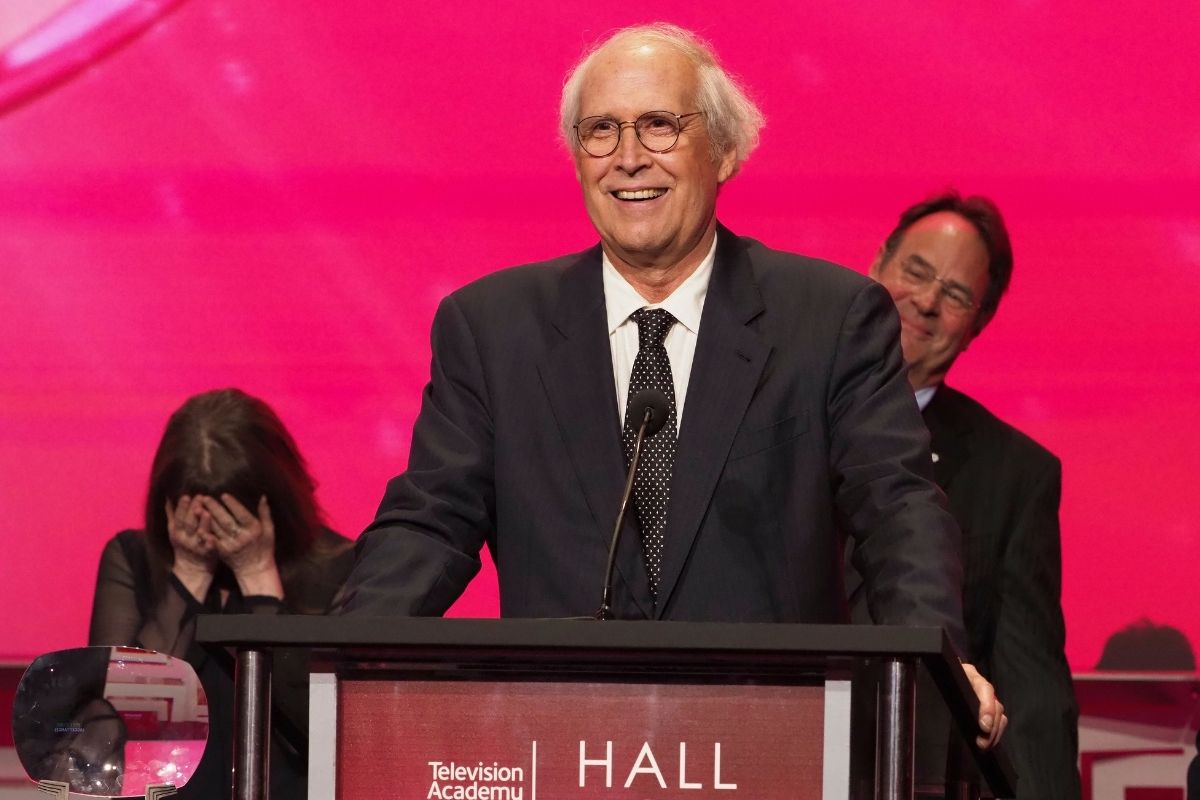 Fan-favorite comedian Chevy Chase who kicked off SNL back in the 70s is now recuperating at his home in Westchester. This after the legendary National Lampoon?s Vacation! star was hospitalized for 5 weeks for a heart issue. The 77-year-old revealed that he is feeling good, adding that he was happy to be back with his family.

Unfortunately, these health issues have slowed down the comedian a bit, but he did note that he’s in no rush to return to work. Chase stated, “I used to go out and do anything. I’d do slapstick in front of 3,000 people. But at this moment I have no need to go out and meet COVID.”

Chevy Chase is Recovering from a Heart Issue

#SNL veteran Chevy Chase is recovering at his home in Westchester after spending five weeks in the hospital due to undisclosed issues with his heart. via @Variety https://t.co/4aJmX5ooyV

According to Page Six, the 5-week hospitalization gave the actor and screenwriter the chance to catch up on his favorite TV shows and movies out right now but doesn’t seem too impressed. The comedian continued, “I read. Turn on TV. Watch the news. All drek. I see actors, comedians, producers, screenwriters working and, God bless them, but I don’t see anything great on television. It all became a generation of s–threads laughing at the world. The humor today’s giving the next generation worse stuff than they already have in their own lives.”

The Saturday Night Live alumn stepping back from current programming isn’t anything new. Back in 2018, he told the Washington Post that he was dismayed by SNL noting, “First of all, between you and me and a lamppost, jeez, I don’t want to put down Lorne [Michaels] or the cast, but I’ll just say, maybe off the record, I’m amazed that Lorne has gone so low. I had to watch a little of it, and I just couldn’t f–king believe it. That means a whole generation of s–threads laughs at the worst f–king humor in the world.”

Chase notoriously starred on the first season of the sketch comedy show but unfortunately left in the middle of its sophomore season. Back in 2018 he also noted that he was diagnosed with alcoholic cardiomyopathy, which weakens the heart muscle caused by excessive drinking. After his daughter decided to stop talking to him and his wife threatened to leave him he decided to clean up his act and got sober. Speedy recovery, Chase!

Watch: John Belushi Was Originally Set to Star in ?The Three Amigos?