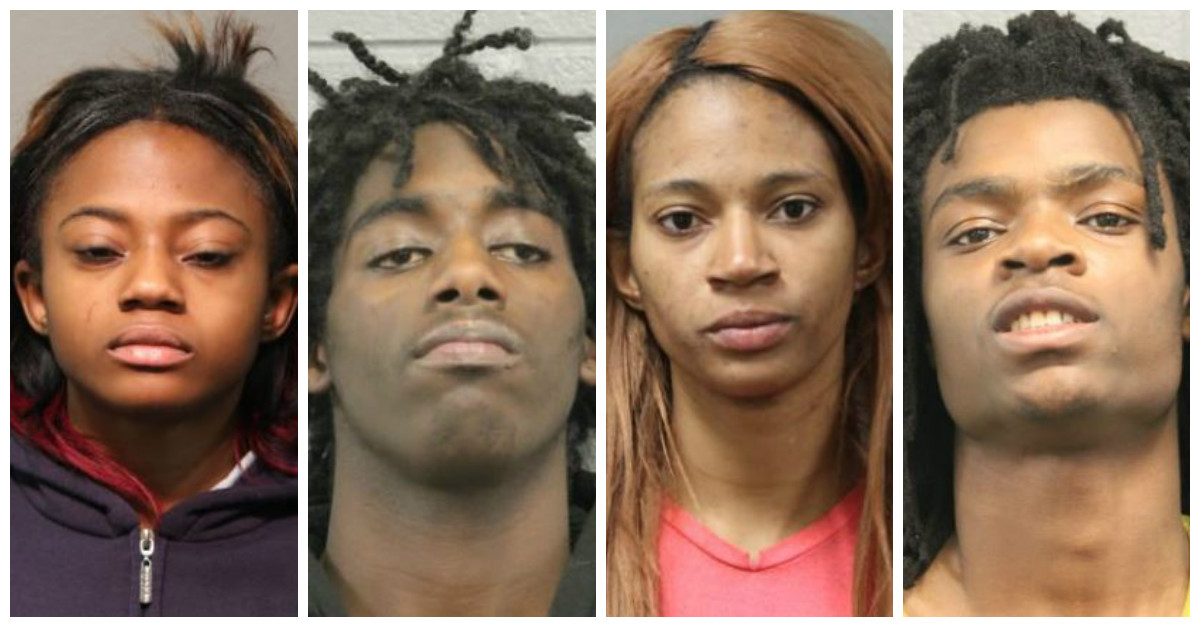 Chicago police have charged four black suspects with battery charges and hate crimes charges for the videotaped torture of a white man on Thursday, according to the Associated Press.

According to police, four people were taken into custody on Wednesday after a young African-American woman recorded a Facebook Live video of an 18-year-old man being verbally attacked, held hostage and tortured by several people. In the video, you can hear one of the suspects even yell, “Fuck Donald Trump, fuck white people.”

The four offenders have been identified as sisters Brittany Covington, 18, and Tanishia Covington, 24, and two others as Jordan Hill, 18, and Tesfaye Cooper, 18.

Chicago Police held a news conference regarding the criminal charges against the suspects on Thursday afternoon.

“Let me very clear: the actions in that video are reprehensible,” police superintendent Eddie Johnson said. “That along with racism have absolutely no place in city of Chicago […]”

“I am pleased to announce that the investigation has concluded and charges have been approved for hate crimes [?]? He went on to say that it was “never a question” that the attack would be investigated as a hate crime.

Johnson said that the victim will recover from his injuries.

Police spokesman Anthony Guglielmi said the victim was dropped off by his parents at a McDonald’s and was supposed to his meet his friend on Saturday. He was going to stay with his friend that night, but then his parents reported him missing the following day.

Offender Jordan Hill picked up the victim at the McDonald’s in a stolen car.  Guglielmi pointed out that the victim didn’t know the car was stolen at the time. He said they then drove to the West Side of Chicago and met friends as the victim proceeded to sleep in the van. On Tuesday morning, they drove to Lexington, where the two other offenders lived. Hours later, they started to attack the victim.

“He [the victim] is able to escape when a downstairs neighbor calls the police, complaining of all the noise upstairs,” Guglielmi said.

Police arrived at the scene and then found the victim walking down the street with a tank top on inside out, jeans shorts, sandals, “bloody and battered” and “injured and confused,” Michael Donnelly said.

Police investigated the attack and were hesitant to label it a hate crime until Thursday afternoon.

Regarding the disturbing video that surfaced on social media of a battery: Incident is under investigation/suspects are being questioned pic.twitter.com/GGi3qs9rGv

RELATED: Chicago police are reluctant to call the videotaped torture of a white man by four black suspects a ?hate crime?

During a Wednesday Press Conference, police superintendent Eddie Johnson called the video “sickening” and described the young man as having “mental health challenges.”

In the video, the man was showed held down with duct tape over his mouth, while being cut and beaten.

?Some of this is just stupidity,? Johnson said. ?People just ranting about something they think might make a headline. We?ll keep investigating, and we?ll let the facts guide us on how this concludes.?

In a brief press conference, family of the victim made a short statement thanking friends, family and others for “prayers and efforts” that led to his return. The victim is now at home in Crystal Lake, where he is recovering. David Boyd, brother-in-law of the victim, said “We’re fully aware of the charges being brought against the offenders. At this time we ask for continued prayers for all those involved.” He also asked for privacy for the family as they “cope and heal.”