Is There A Serial Killer In Chicago? Dozens of Unsolved Murder Cases Show It’s A Possibility 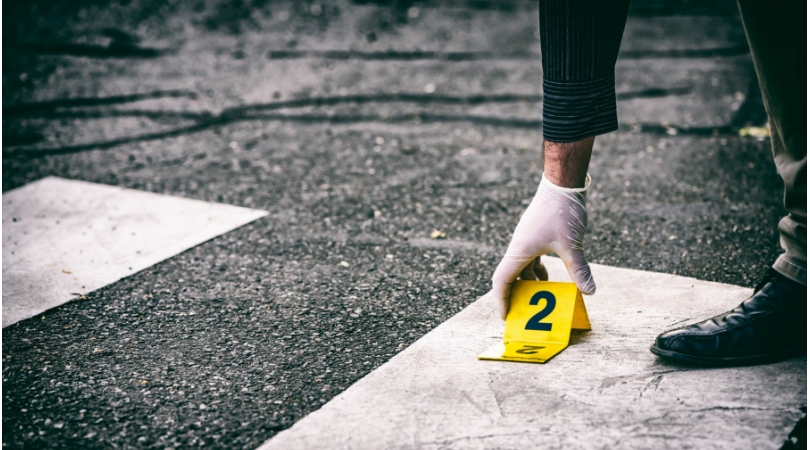 According to Chicago CBS, a dozen murder cases involving women who were either beaten or raped, all have two things in common: they were all strangled or asphyxiated and their cases remain unsolved.  Since 2001, authorities have found female bodies in abandoned buildings, alleys, and vacant lots. Reports show that all these bodies were dumped in garbage cans, some were sent on fire, and all of them were strangled. Which is why according To CB2 Investigator Pam Zekman, several questions are being raised as to whether there is an actual serial killer on the loose in the streets of Chicago.

CBS focused on one woman, in particular, Gwendolyn Williams, who was found in 2002. Her body was found in the 4800 block of North Sheridan, covered in blood and half dressed. William had an excessive amount of alcohol and drugs in her system, along with semen from recent sexual activity. Authorities also found skin under her nails, that has not yet been identified. Authorities believe she was fighting for her life.

The Murder Accountability Project, whose main focus is unsolved murder cases, have reviewed more than 50 unsolved asphyxiation and strangulation cases dating back to 2001. The group, also known as MAP, is known for finding patterns in unsolved murder cases using computer algorithms. Murder Accountability Project director Thomas Hargrove stated their algorithm has been signaling red alerts about serial killer detectors when it comes to strangulation in Chicago.

“Overall [there] are the three killing fields: South Side, Far South Side, and Chicago’s West Side. There’s a pattern to who’s doing the dying. Disproportionately, these women have a history of sex work and a history of illegal drugs, a classic pattern in serial killers.”

The cases suddenly stopped in 2014, in where Hargrove suggests the killer might have been jailed at that time, starting again in March 2017 and continued his killing with a “vengeance” in 2018. Between those two years, Catherine Satterfield Buchanan, Diamond Turner, Lora Dawn Harbin, Valerie Marie Jackson, and Nicole Lynell Ridge were murdered.

Authorities stated all women were strangled and they were all declared homicide by medical examiners. The next victim, Reo Renee Holyfield, was also found dead in September 2018, but her case, unfortunately, is still under investigation. Chicago streets and Sanitation workers found the body in a garbage container on 525 W. 95th St.

Holyfield’s autopsy suggested her death could have been homicide by asphyxiation, but the body was too decomposed to be certain. Since her cause of death is still “undetermined”, police have classified it as a “suspended death investigation”. Several believe these 50 women all have a connection since it is highly unlikely they were murdered by 50 separate men.

Several trust this was the case after police detained Darren Deon Vann in 2014, charging him with the killing of a 19-year old prostitute in Hammond. He later confessed to murdering six the women in the Gary Area.

According to the Chicago Police Department, who released a statement to Chicago CBS, at this time there is no actionable evidence of a pattern that would point to a serial killer.

“Chicago Police detectives continue to follow up on open cases by interviewing witnesses, investigating new leads, and monitoring DNA profiles. CPD takes homicides very seriously and makes all efforts, utilizing all available tools at their disposal, to clear cases and bring some resolution to grieving families. The Chicago Police Department has no actionable evidence that indicates that these cases are related or a pattern exists at this time. Many of these cases involve no witnesses or reluctant witnesses making it more difficult to meet minimum burdens for prosecution.”

Now, whether there is a serial killer out there or not, it’s important to note that safety always comes first. It’s better to be safe than sorry, which means one must always be alert of their surroundings whether they are in Chicago, California, or Texas. The truth of the matter is that unfortunately, cases like these do happen, and it’s terrifying to know people are capable of these crimes.

As far as serial killers? Who knows, honestly, but our best bet is to trust the experts.