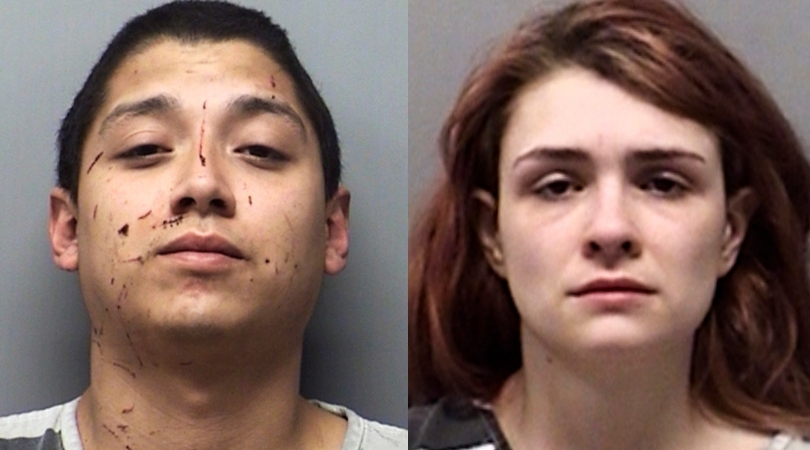 Four malnourished children, all aged 5 and younger, were placed in foster care after authorities found them thirsty and hungry in a North Texas barn near Fort Worth, Texas. According to authorities, two children were locked in a dog cage and the others were smeared with feces and urine in the horrible child abuse case.

Authorities found the Texas children while responding to a domestic disturbance call in Rhome, where officers found the barn part of the property that was “crudely fashioned” into living quarters. The children were purposely starved after all appliances had locks on them so they couldn’t get into the food. There were three boys, 5-years-old, 3-years-old, and 1-years-old, and a 4-year old girl.

According to Wise County Sheriff Lane Akin, “The two oldest children were locked inside the dog kennel” that was 3-by-3 feet. The other two children were in the corner partially clothed, malnourished and covered in feces. Paige Isabow Harkings and Andrew Joseph Fabila, both 24, were charged with four counts of criminal child endangerment. Wise County Jail records showed Harkings was also charged with aggravated assault. His bond was set for $60,000 while Harkings was set at $75,000.

After their rescue, the children were taken to Cook Children’s Medical Center in Fort Worth for evaluation, but their conditions are still unknown. They were all put into foster care when released.

According to law enforcement officers who responded to the domestic violence call, the fight was between Fabila and Harkings, lasting up to five hours. When the deputies were speaking with them, they heard the children talking from the barn. Harkings is the mother of all children, and Fabila is the father of one of them. Fabila had “numerous lacerations” on his face and was taken to the hospital before being jailed.

Neighbors reportedly weren’t aware that any of children were living on the property. The Texas Department Of Family and Protective Services said the agency had contact with the family before, but in a different location and are currently investigating the case.