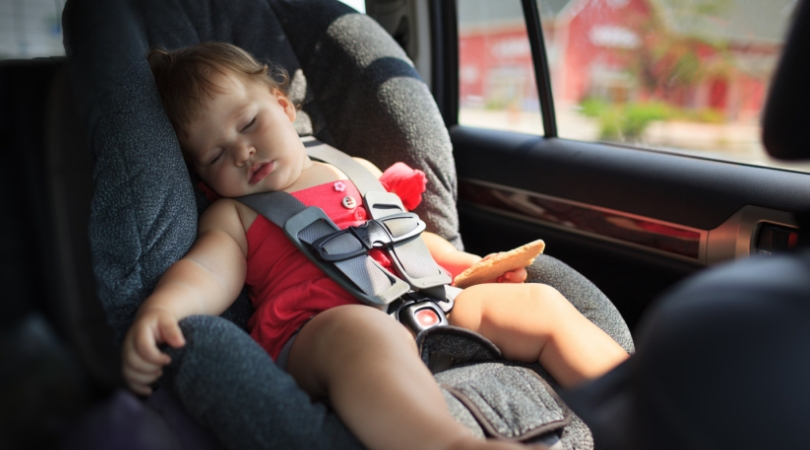 A Maryland boy called 911 to report that he, along with six other children, had been left in a hot car with the windows rolled up and the motor not running. According to the Charles County Sheriff’s Office, seven children were found, ranging from ages 2 to 4 years old. The 4-year-old reportedly told authorities that the children were hot and didn’t know exactly where they were.

The 911 dispatcher was able to trace the call to a shopping center parking lot in Waldorf, which is 25 miles south of Washington D.C. When authorities arrived, officers said the children were scared and sweating, as temperatures in the area reached up to 80 that day. The driver allegedly arrived back to her car 10 minutes after deputies arrived, having already been gone for roughly 20 minutes.

Best #MothersDay gift! The key to saving hotcar babies are Baby Keys. Get one with plastic ring that can be unhooked and attached around driver seatbelt just above the latch. Feeling the baby keys as driver reaches to unbuckle will be great baby reminder. pic.twitter.com/89x7ZBJwyr

The driver, a 37-year-old mother of two, was babysitting the five other children inside the car. She was charged with confinement of children inside a motor vehicle and might face other additional charges after authorities complete the investigation. It is against the law to leave a child under the age of 8 unattended inside a vehicle if the caregiver is out of sight of the child, unless a reliable person who is at least 13-year old remains with the child. It is also illegal to leave any pet unattended in a motor vehicle in hard weather conditions.

Under Maryland state law, the penalty for leaving children unattended is as much as $500 in fines, 30 days in jail, or both. It’s important to note that cars transform into “ovens” when direct sunlight heats objects inside. Depending on the temperature, it can soar to 120 or 130 degrees, even when the temperature is only at 80. The body’s natural cooling method, such as sweating, start to shut down once the core body temperature reaches 104. One is at risk of death when the body hits 107 degrees.

According to HealthyChildren.org, Heat stroke is the leading cause of non-crash vehicle-related car deaths in children under 15. Heat strokes can occur even when the outside temperature is as low as 57 degrees. Authorities are urging if you see an unattended child in a car and are considered, to immediately call 911.

Editor’s note: This article was originally published on May 14, 2019.