Teen Accused of Murdering Her Alleged Rapist is Released from Jail on $400,000 Bond 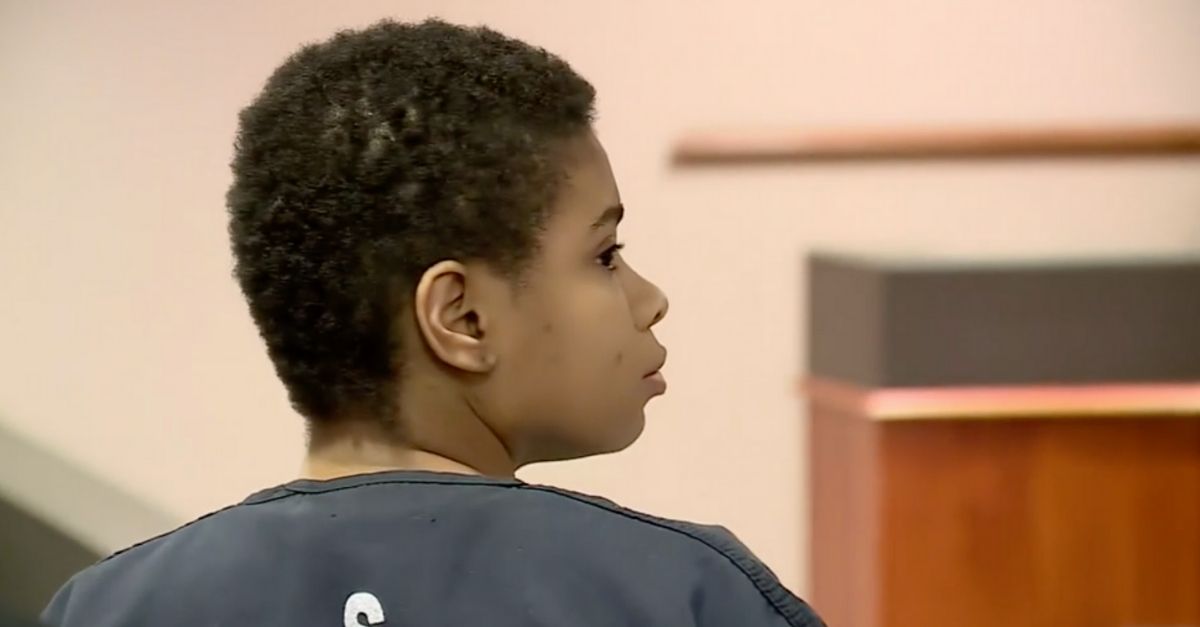 Editor’s note: This article was originally published on December 18, 2019. It was updated on June 26, 2020, After authorities announced Chrystul Kizer was released on bail.

A Wisconsin teenager accused of killing her alleged sex trafficker was released from jail on a $400,000 bond, according to the organization that paid for her release. 19-year-old Chrystul Kizer had been jailed for almost two years since being charged in connection with the death of Randall P. Volar III in June 2018.

Through a statement, the Chicago Community Bond Fund stated, “No one should be incarcerated for surviving violence against them….Far too often, survivors of violence — especially Black women and girls — are punished for defending themselves. Chrystul’s case highlights the urgent need for the criminal legal system to stop prosecuting survivors of domestic violence and sexual assault.”

The Kenosha County District Attorney noted they are not commenting on Kizer’s release since it is still an ongoing case. Kizer was allegedly trafficked by Volar when she was 16-years-old. Kizer maintained that Volar’s death was the result of self-defense. The now 19-year-old is facing first-degree intentional homicide and use of a dangerous weapon and four other felony charges.

According to the Kenosha County court records, her original $1 million bond was reduced to $400,000 back in February and was signed Monday and posted Tuesday. When the case ends, the money will be used to establish a national fund for survivors of sexual and domestic violence facing charges.

Chrystul Kizer, a 19-year-old facing life in prison on charges of murdering her alleged sex trafficker, was freed from a Kenosha jail on Monday after two years awaiting trial. Her $400,000 bond was paid by the Chicago Community Bond Fund. https://t.co/B7jd6jL0i1

Editor’s note: This article was originally published on December 18, 2019. It was updated on April 15, 2019, when the judge removed the start date of her trial to wait for the appeals court ruling.

There is hope for this Wisconsin teen, as a Kenosha judge removed the start date of her trial to wait on her appeal. Chrystul Kizer’s bond was reduced from one million dollars to 400,000 dollars, when the case of her murdering her alleged rapist hit a stand still.

Her attorney, Larisa Benitez-Morgan, is building her case that Kizer is not a, “danger to herself or her community,” hoping to soften the blow on the young girl. Benitez-Morgan is arguing that Kizer is a victim of child sex trafficking, and that her actions were a reflection of that as opposed to being an actual threat to the public.

Kenosha County District Attorney Michael Graveley, however, says that the way Kizer acted the day of the murder proves otherwise. He argues that her wielding another firearm indicates a willingness to kill again.

On June 5, 2018, Kizer had shot Randall Volar III in the head twice and then set his house on fire after he allegedly filmed himself raping her. She also stole his BMW and found out that he had committed the same atrocities with other underage girls. Volar was also being investigated for sex trafficking before he died after police found evidence of him telling underage girls how to successfully place ads for sex.

It seems pretty obvious what happened. We can only hope that Chrystul will get the justice she deserves.

A Wisconsin teen is facing life in prison after she was accused of killing an alleged sex trafficker who raped her and filmed her, as well as other underage girls, multiple times after she said no to having sex with him. 19-year-old Chrystul Kizer from Milwaukee was arrested back in June 2018 for allegedly shooting Randall Volar III, 34, twice in the head with a handgun, and setting his house on fire.

Kizer met Volar when she was only 16, and stated that she killed him early morning on June 5, 2018, after he pinned her to the floor when she refused to have sex with him. Prosecutors pointed out that after the murder, Kizer posted a selfie taken at his house on social media with the caption, “My Mug Shot.”

The teenage girl then allegedly stole Volar’s BMW after the murder. Kizer, who was 17 at the time of the alleged murder, was charged with first-degree intentional homicide and arson. If convicted of homicide, she faces a mandatory life sentence. She pleaded not guilty.

Her name is Chrystul Kizer & she was raped & trafficked by this man for years. She’s now facing life in prison for defending herself against her attacker.

This week, Kenosha County Circuit Court Judge David Wilk turned down her public defender’s request to lower the bond from $1 million to $55,000. She is currently in custody at Kenosha County Jail and awaiting her trial which is scheduled for March 16, 2020. During court, the lawyer argued back and forward that she has an “affirmative defense” for killing Volar, who is an alleged sex trafficker who raped her multiple times an sold her for sex.

Volar was reportedly being investigated for sex trafficking before he died. Kenosha Police Department obtained a search warrant and seized all computers and other evidence from his home. Evidence included videos of Volar telling underage girls how to successfully place ads for sex, according to Kizer’s public defender, Carl Johnson.

Johnson also stated Volar lived in a one-bedroom home in Kenosha and had over $500,000 sitting in a bank account that was flagged by the bank as evidence of human trafficking. In February 2018, four months before he was killed, authorities found evidence he had been abusing underage black girls.

They arrested him — and released him on the same day.

Then one of the girls, Chrystul Kizer, allegedly shot him in the head. https://t.co/ZDtKcYyqsa

The allegations came to light on February 12, 2018, when a 15-year-old girl called 911 from Volar’s house saying he had given her drugs and was going to kill her. Police reports stated they found the girl wandering the streets on LSD, and told police Volar had paid her for sex since she as 14.

Volar was arrested on charges including sexual assault of a child and was released without bail. During court, prosecutor Michael Graveley stated he believes the horrible man was simply a sex trafficking “customer” and that authorities found “no evidence of sex trafficking for business purposes.”

At the time of Kizer’s arrest, lawyers stated they believed there was more to the story that hasn’t come to light. During police questioning, after the incident, a criminal complaint stated Kaiser had allegedly said “she had gotten upset and was tired of Mr. Volar touching her.” While prosecutors believe the murder was premeditated, Kaiser states she was only acting in self-defense.