On Sunday, the day after President Trump made the shocking allegations that the phones at Trump Tower were wiretapped by former President Obama, Senate minority leader Chuch Schumer is asserting that Trump is “in trouble.”

During an interview on “Meet the Press,” Schumer said:

“If he falsely spread this kind of misinformation, that is so wrong. It’s beneath the dignity of the presidency. It shows this president doesn’t know how to conduct himself. On the other hand, if it’s true, it’s even worse for the president. Because that means that a federal judge, independently elected, has found probable cause that the president or people on his staff […] have probable cause to have broken the law or to have interacted with a foreign agent.”

“Either way, the president makes it worse with these tweets,” Schumer added.

Schumer also shared his belief that Trump’s allegations are an attempt by him to divert attention away from his ties to the Russians.

He made it very clear that he wholeheartedly believes former President Obama, saying, “I don’t have any doubts that President Obama has been telling the truth. If they want to investigate it, sure, but the real point is, we need a special prosecutor to investigate what went on in the Trump campaign transition and presidency.” 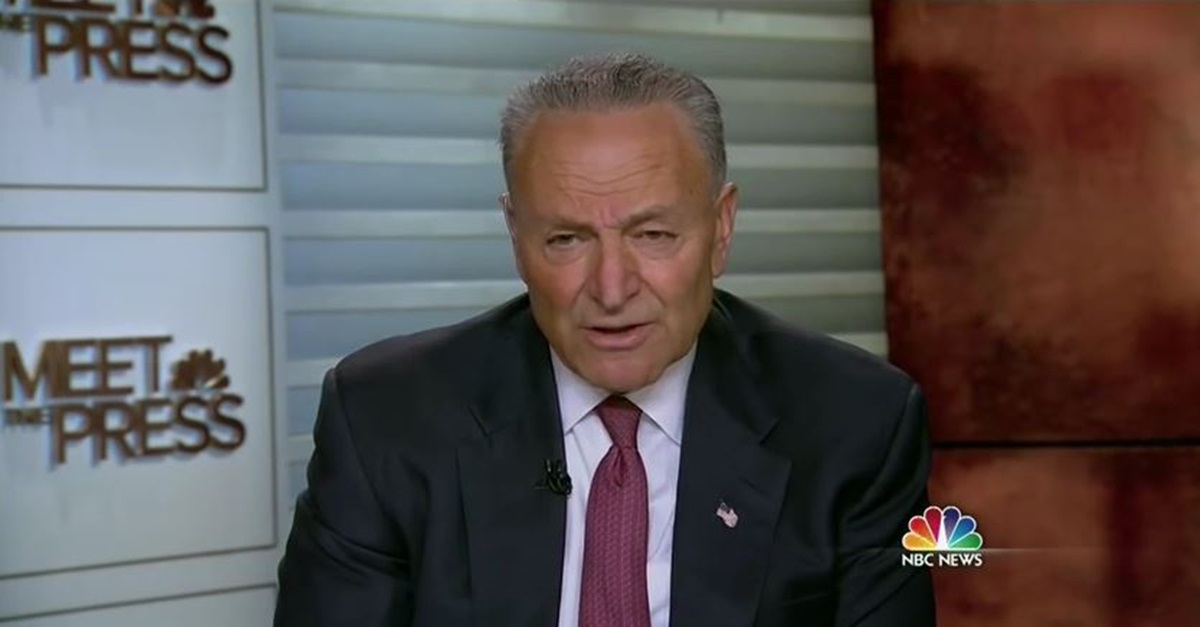