CNN anchor Chris Cuomo on Thursday ignited debate on Twitter about transgender bathrooms and raised some eyebrows when asked a pointed question about the issue.

Cuomo was asked, “What do you tell a 12-year-old girl who doesn’t want to see a penis in the locker room?”

RELATED: Kellyanne Conway and Chris Cuomo got into yet another heated debate, this time over Russian hacking

“I wonder if she is the problem or her overprotective and intolerant dad? Teach tolerance,” the anchor replied.

RELATED: A Donald Trump aide thinks flag burning is not protected by the Constitution, despite the SCOTUS decisions that say otherwise

Cuomo called the response “a lie” and “wasting time.”

He later tweeted that “the context is clear to me.” 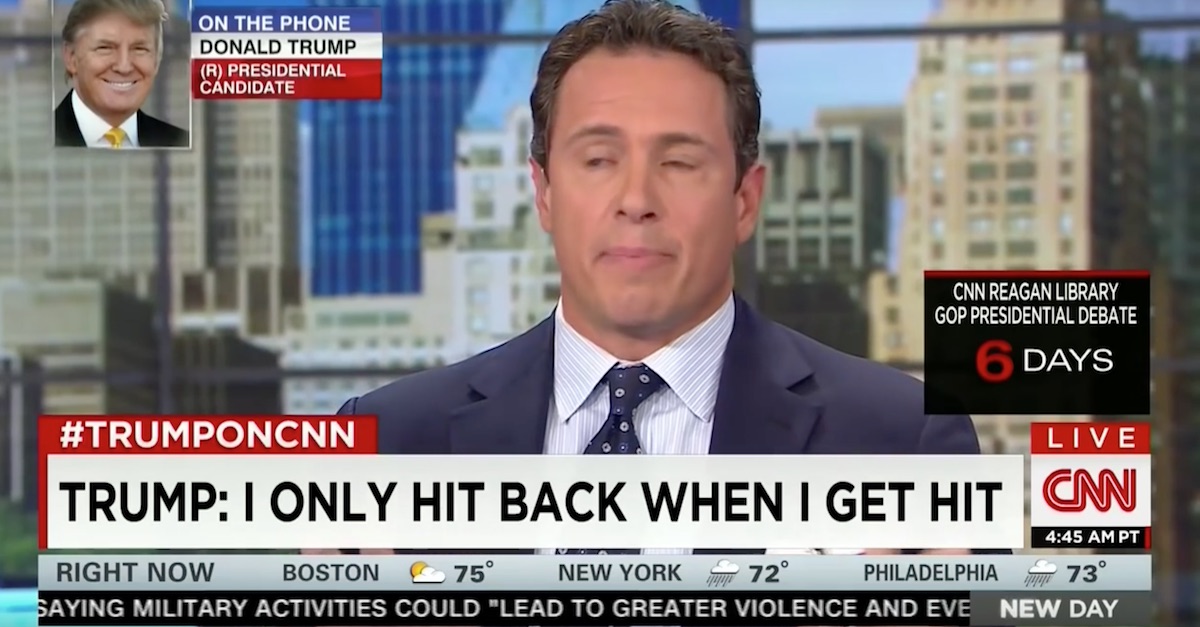