Hurricane Dorian is Washing Up Bricks of Cocaine on Florida Beaches 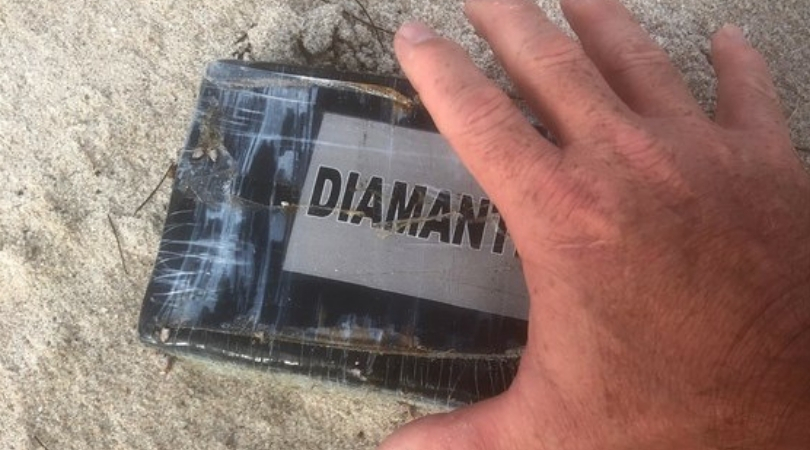 You have been EXPOSED Florida! It looks like we finally have an explanation as to why there are so many wacky crimes all the time. Authorities stated they have found bricks of cocaine on two Florida beach this week that were pushed ashore by waves caused by Hurricane Dorian. The Melbourne Police Department inspected a package that a beach-goer found at Paradise Beach Park. The package was wrapped in a way that was “consistent with narcotics.”

Sounds to me like police officers should probably look into that beachgoer because he knew exactly what he found. The photo shows the brick with the printed word “Diamant” visible. Testing of the brick determined it was, in fact, a kilo of cocaine and was going to be properly destroyed. Authorities found 25 kilos of cocaine at Cocoa Beach 20 miles north of where the other “suspicious package” was found. A police sergeant stated that 15 bricks of cocaine were found in a duffel bag worth at least $300,000 and they were immediately handed to US Customs and Border Protection. Let it snow, let it snow, let it snow, indeed.

Dorian, which caused severe damage across the state, blew past this week filling the area with wind and rain. The storm is bringing hurricane conditions to the coast of Georgia and has now hit the Carolinas. Its maximum sustained winds have dropped slightly to 110 mph, making it a Category 2 hurricane. But, the forecast stated that despite it going back to Category 2, it is still strong enough to cause damage along the coast of the North Carolina and South Carolina, where it is now close enough for hurricane-force winds to hit land.

The National Hurricane Center stated that large and destructive waves up to 8 feet high could be seen in Myrtle Beach if the peak surge happens during high tide. Unfortunately, the hurricane is also threatening tornadoes across the region.