ESPN anchor Jemele Hill was reprimanded by the network for her Twitter comments about President Trump. She called him a “white supremacist who has largely surrounded himself with other white supremacists” and wrote that Trump is the “most ignorant, offensive president of my lifetime.”

Coming to her defense is a man who knows a little something about being reprimanded: Still-out-of-work quarterback Colin Kaepernick. The former San Francisco 49ers signal-caller is out of the NFL, many believe, for kneeling during the national anthem last season in protest of social injustice and police brutality.

Kaepernick tweeted a simple message to Hill on Tuesday night: “We are with you @jemelehill.”

RELATED: Laid-off ESPN reporter Britt McHenry alleges she was let go due to her politics, not her reporting

In Hill’s string of tweets engaging with other Twitter users, she also declared Trump’s rise to the White Hosue “is a direct result of white supremacy” and his white supremacy “is a threat to me.”

ESPN, which had come under attack during the 2016 presidential campaign for a perception that it had become left-leaning despite being a sports network, wasted little time putting out a statement Monday afternoon distancing itself from Hill. The network stated her comments “do not represent the position of ESPN” and that after discussing the matter with Hill she realizes “her actions were inappropriate.”

Kaepernick has received a measure of support from social activists, some fans and even a star NFL quarterback. However, those who can provide the former Super Bowl quarterback with a job, executives of the league’s 32 teams, have remained unmoved. 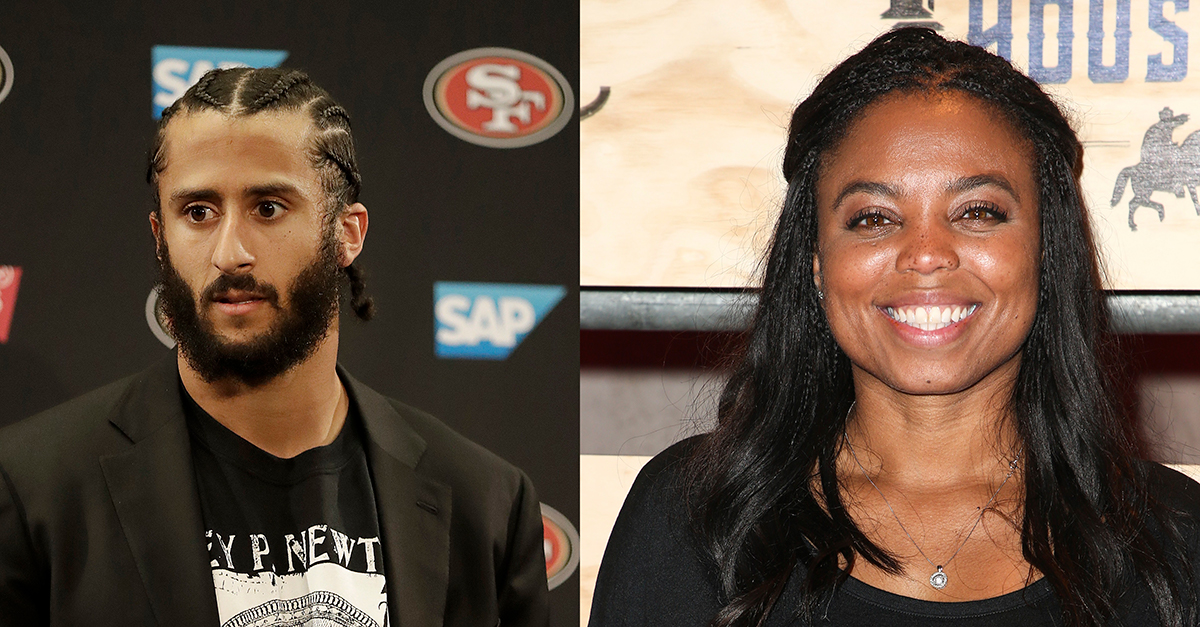