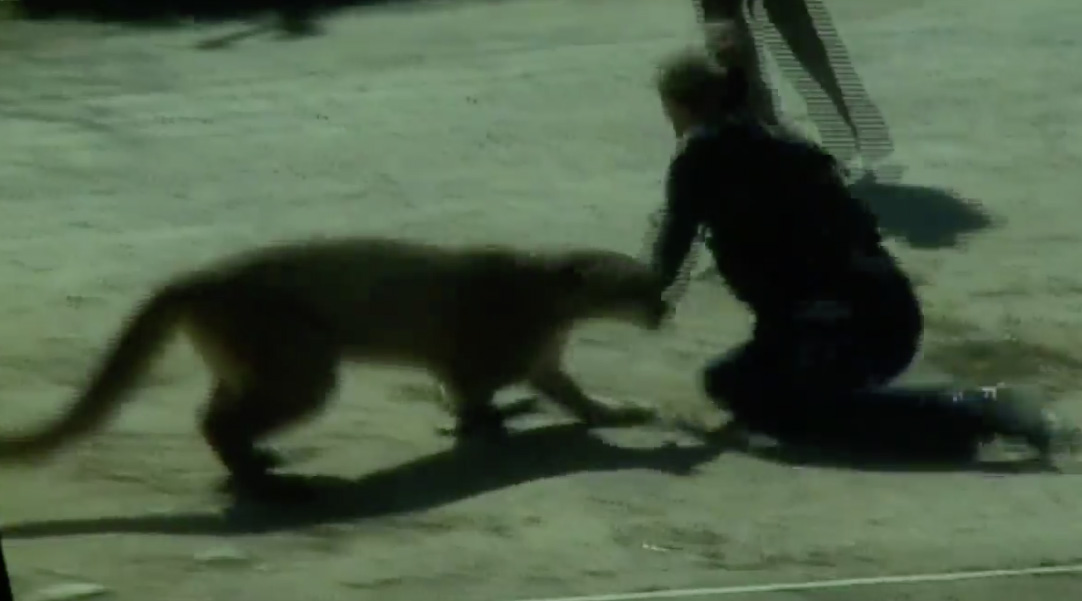 via KDVR
via KDVR

If the screenshot of this video showing a Colorado deputy fighting off a mountain lion with her bare hands were turned into a meme it would probably read something like, “That Feeling When You Realize Fighting Off a Hobo Trying to Stab You with a Used Needle isn’t So Bad.”

Deputies from the Larimer County Sheriff?s Office and game wardens from Colorado Parks and Wildlife were responding to a reported mountain lion attack in unincorporated Larimer County when the animal attacked a deputy inside of the trailer park they had tracked it to. Several shots were fired at the mountain lion but it escaped.

The predator was eventually tracked to a home near Highway 34 and killed by a Colorado Parks and Wildlife game warden.

The deputy and a private citizen who was initially attacked were both taken to the hospital with non-life threatening injuries.

1. This deputy handled a mountain lion attack about as well as one could expect. Not everyone is going to be that jogger who strangled the mountain lion that attacked him to death. (And by “not everybody” I mean “absolutely no one but that guy.”) Even for a trained law enforcement officer the reaction you have to expect to being tackled by an apex predator is a lot of hand-waving and, “AH AH AH GET IT OFF SHOOT IT I DON’T CARE!” That seems like what happened here. And it’s pretty understandable.

2. As terrifying as this was for the deputy being attacked, it would have been rad to be the guy who got to take a free kick at the cougar. I play in a weekly soccer league. I’ve got a pretty good leg. I’d pay good money to get a free shot at a mountain lion attacking a human being. I’d punt that thing’s skull into orbit. (Or, more likely, hit it perfectly in the mouth so that its fang goes through my foot and then I cry and soil myself and pass out.)