Concealed carry holders save lives. There have been repeated instances proving this and now a Florida police officer owes his life to someone who properly and responsibly exercised his Second Amendment rights.

Deputy Dean Bardes was being held down by a crazed man on a Florida highway when he was saved by an unlikely hero. A concealed carry holder who was stuck in traffic because of this incident approached the injured officer. Many people sat in their cars and did nothing to help this officer, but Ashad Russell wasn’t going to be that guy.

Deputy Barnes was helping Florida State Troopers at the scene of an accident when 53-year-old Edward Strother drove through the crash scene, narrowly missing him. Barnes pursued Strother. Then Strother got out of his car and started assaulting the officer. Russell then approached with his gun drawn, ordering Strother off the officer. When Strother refused, Russell shot him three times, killing him.

The video below shows Russell’s life-saving intervention. This is why the Second Amendment is so important. (Warning: May be disturbing to some)

Thank God Ashad Russell was there and willing to intervene when the other motorists were not. All those people were rubbernecking while Russell stepped up and saved the life of this officer.

Concealed carry holders save lives. An off-duty police officer was recently in the right place at the right time. He was shopping at Costco when a gunman entered the warehouse with the intention of killing shoppers. As people fled, Michael Howell tracked the gunman and shot him dead. Click here to see that surveillance video.

Ironically, Costco doesn’t allow concealed carry permit holders to protect themselves in the warehouses. The only exception is for safety services personnel. They should consider revisiting that policy because if Howell wasn’t there, everyone would have been sitting ducks in their gun free zone. 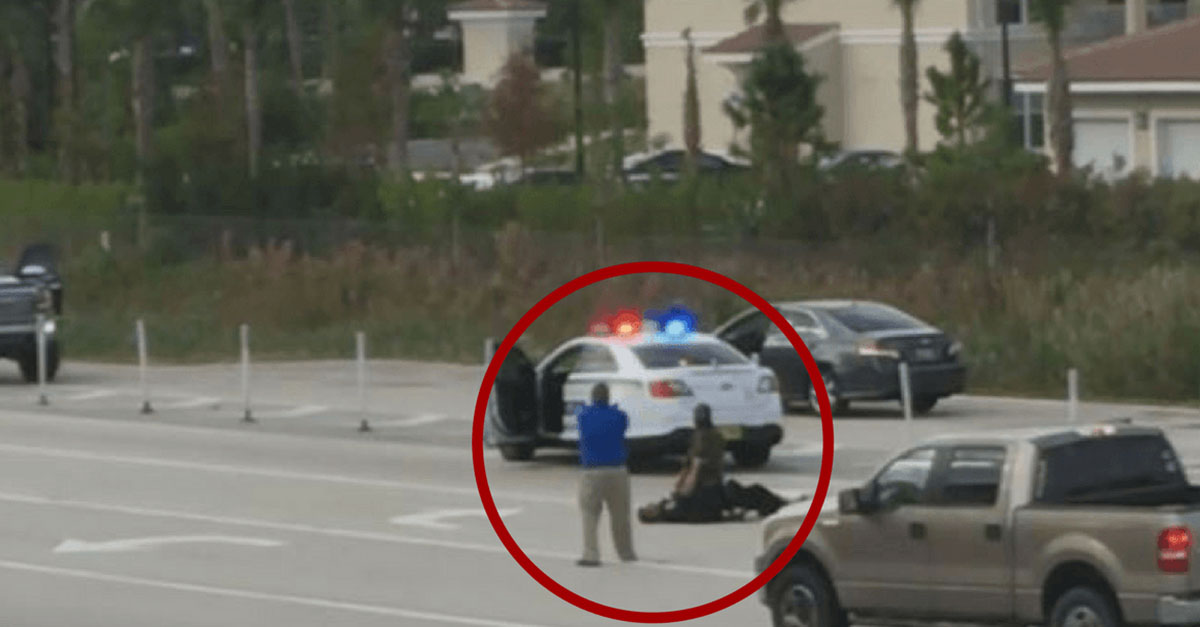